Jeff Laugero did a great job at Thursday night’s Council meeting with the presentation in recognition of Mayor Gary L. Haskin for his long service to the Escalon Community as a Councilman and Mayor. Mayor Haskin was presented with a plaque from the City of Escalon and received a special Congressional Recognition for his 20+ years of service to the community from Congressman Jeff Denham. The plaque and certificate were presented by Jeff Laugero.

Gary Haskin has served on the City Council since 1996. Some of his accomplishments included the proposal of the community swimming pool; he was instrumental in the installation of the wayside horns to quiet the passing trains; and continuing the efforts for the slow growth ordinance here in Escalon. He also was a member of and attended various boards, such as LAFCO and the San Joaquin County Mosquito Vector Control.

The Council voted 5-0 approving the proposed resolution reciting the facts and declaring the results of the November 8, 2016 Consolidated General Municipal Election.

One of the administrative matters for the evening was the appointment and Oath of Office for recently re-elected Councilman Jeff Laugero and newly elected Councilman Walt Murken. The Oath of Office was administered by the City Manager, Tammy Alcantor, with family and friends attending. Jeff Laugero was also appointed as the new Mayor of Escalon and Robert Swift as Mayor Pro Tem by the newly formed council. 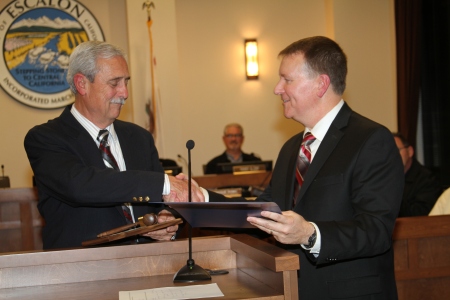 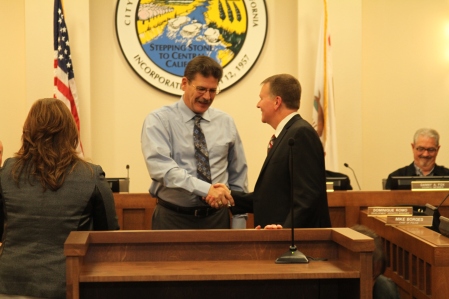 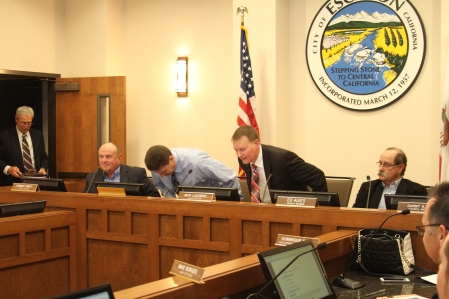 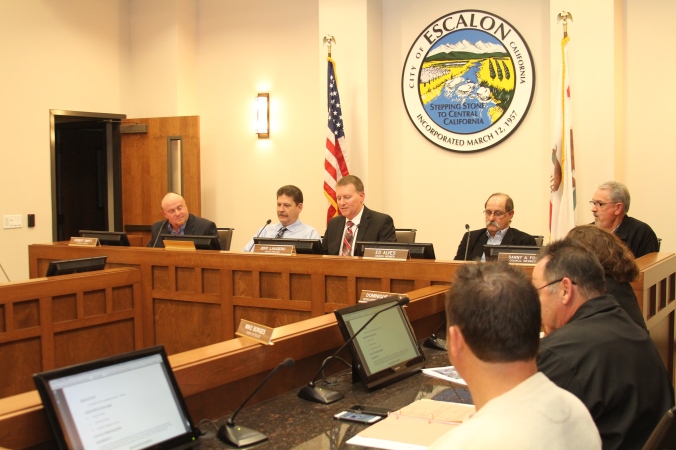 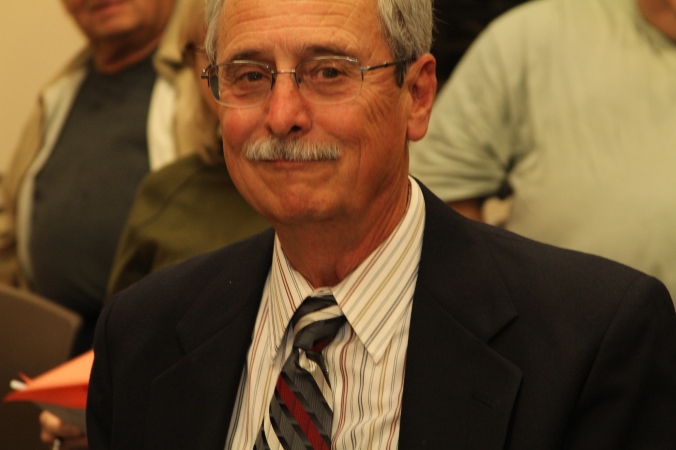