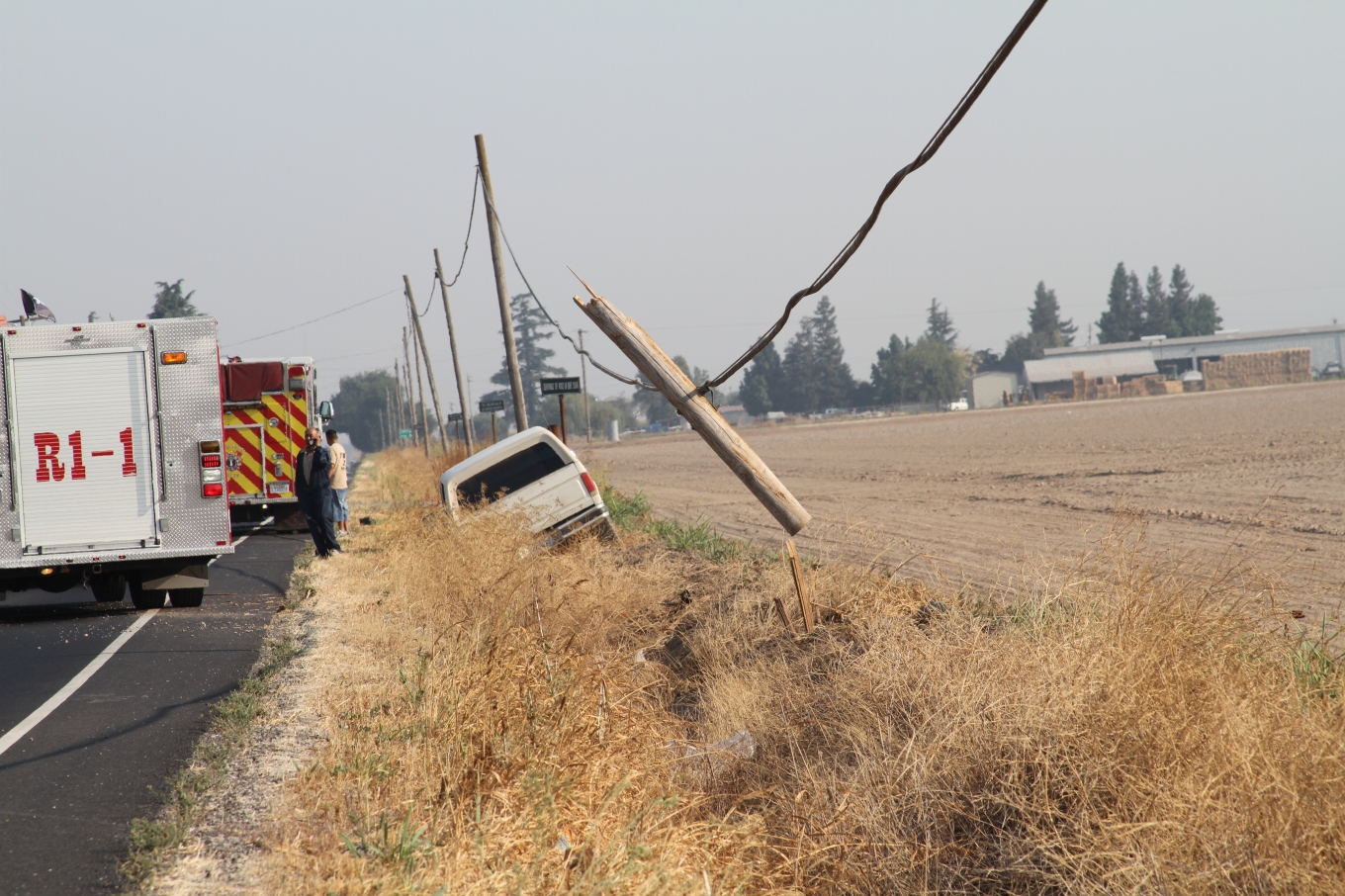 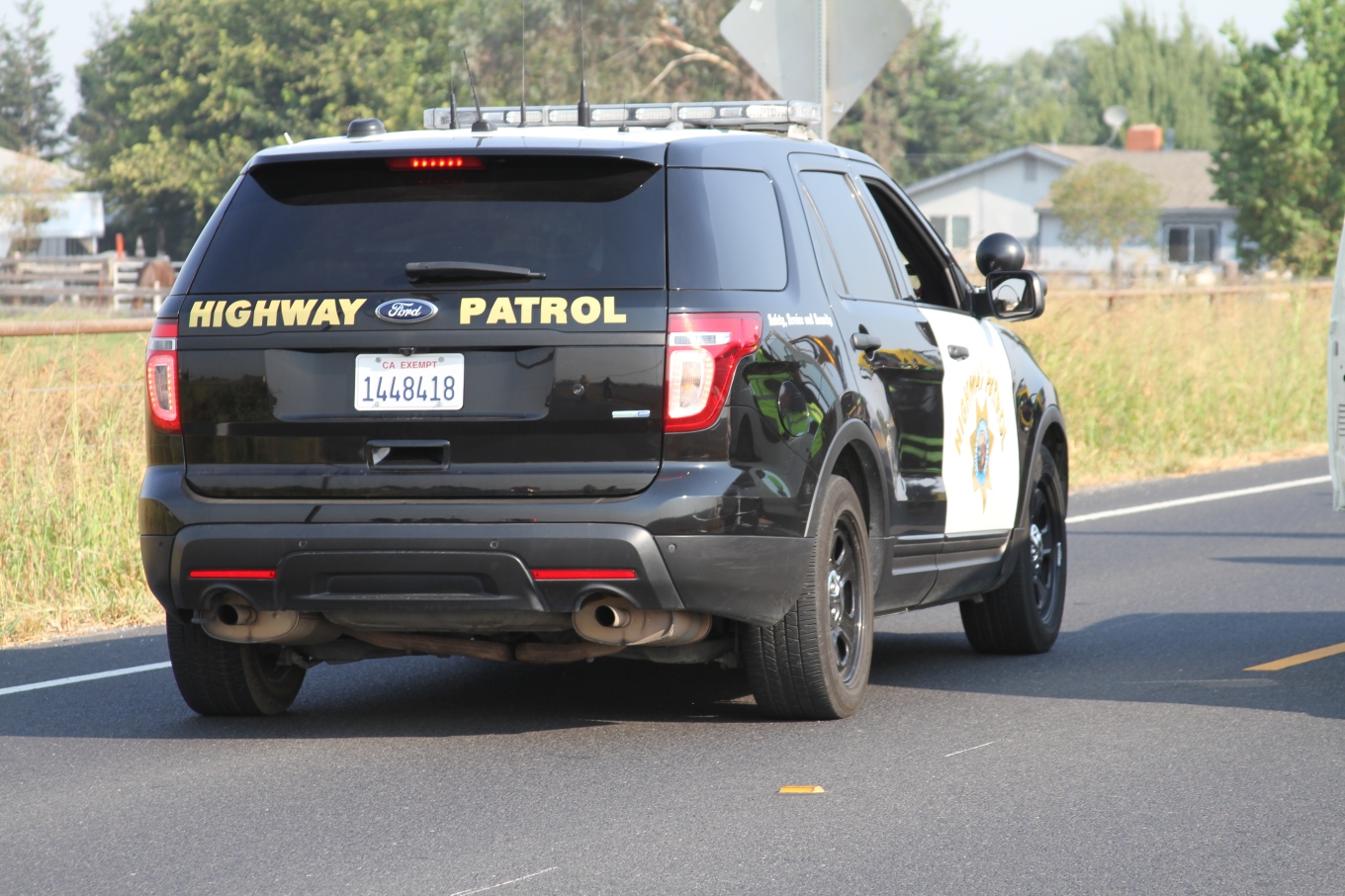 From information gathered on scene, it appeared that the Bronco was traveling northbound on Escalon Bellota Road when the accident occurred. It was unclear how the driver lost control of the vehicle, but the Ford ended up crashing into a ditch. As the vehicle traveled along the ditch it struck a power pole smashing it in half. The vehicle finally came to rest on it’s side still in the ditch. The impact caused moderate to major damage to the vehicle, but the driver was able to walk away from the crash. 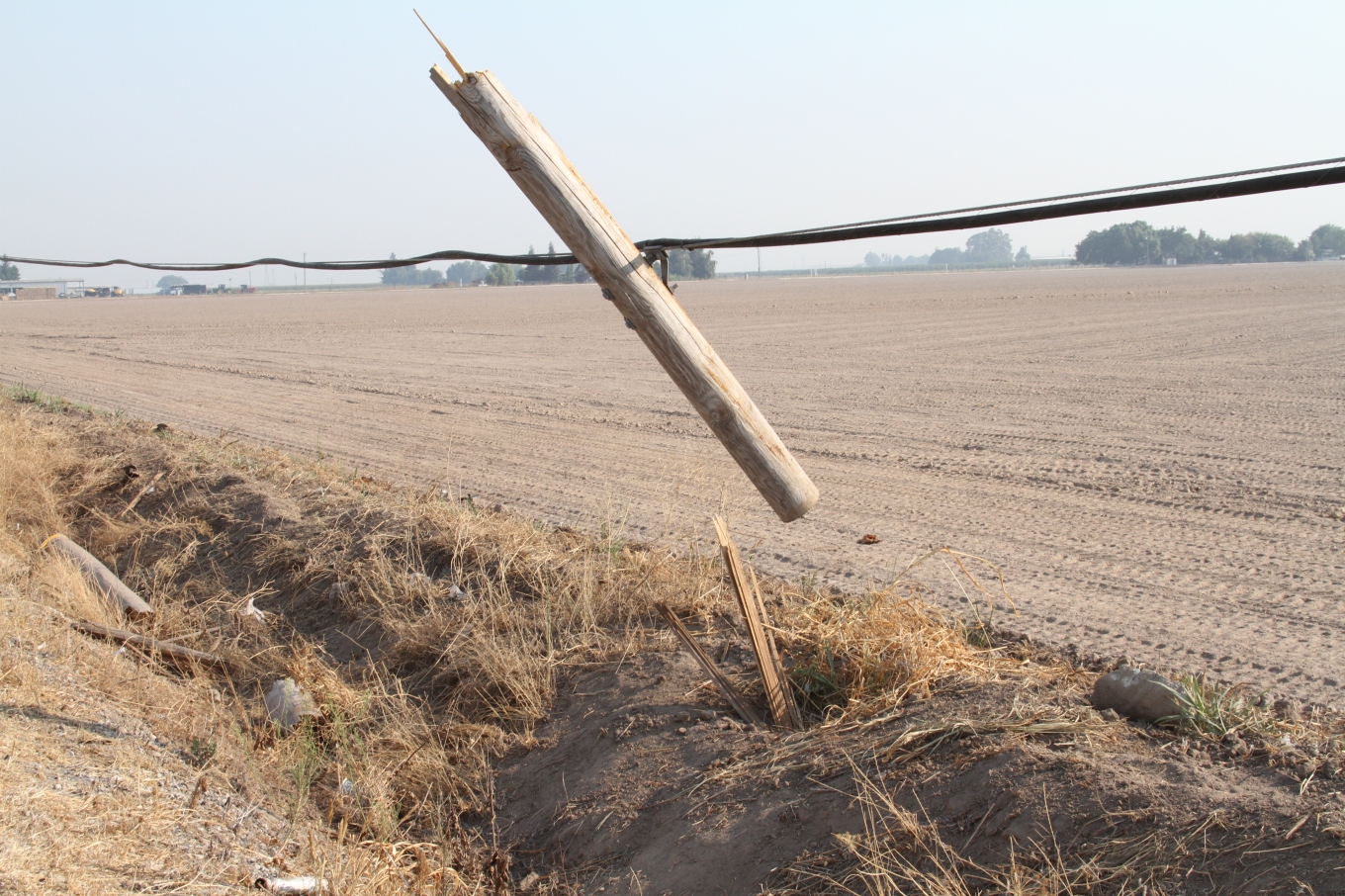 The accident caused only minor delays to traffic on Escalon Bellota Road. The emergency vehicles had the northbound lane of Escalon Bellota Road completely blocked. The roadway was reduced to one lane of controlled traffic, while McDowell & Davis Tow Services removed the vehicle from the crash site. PG&E was also on scene to estimate repairs needed. 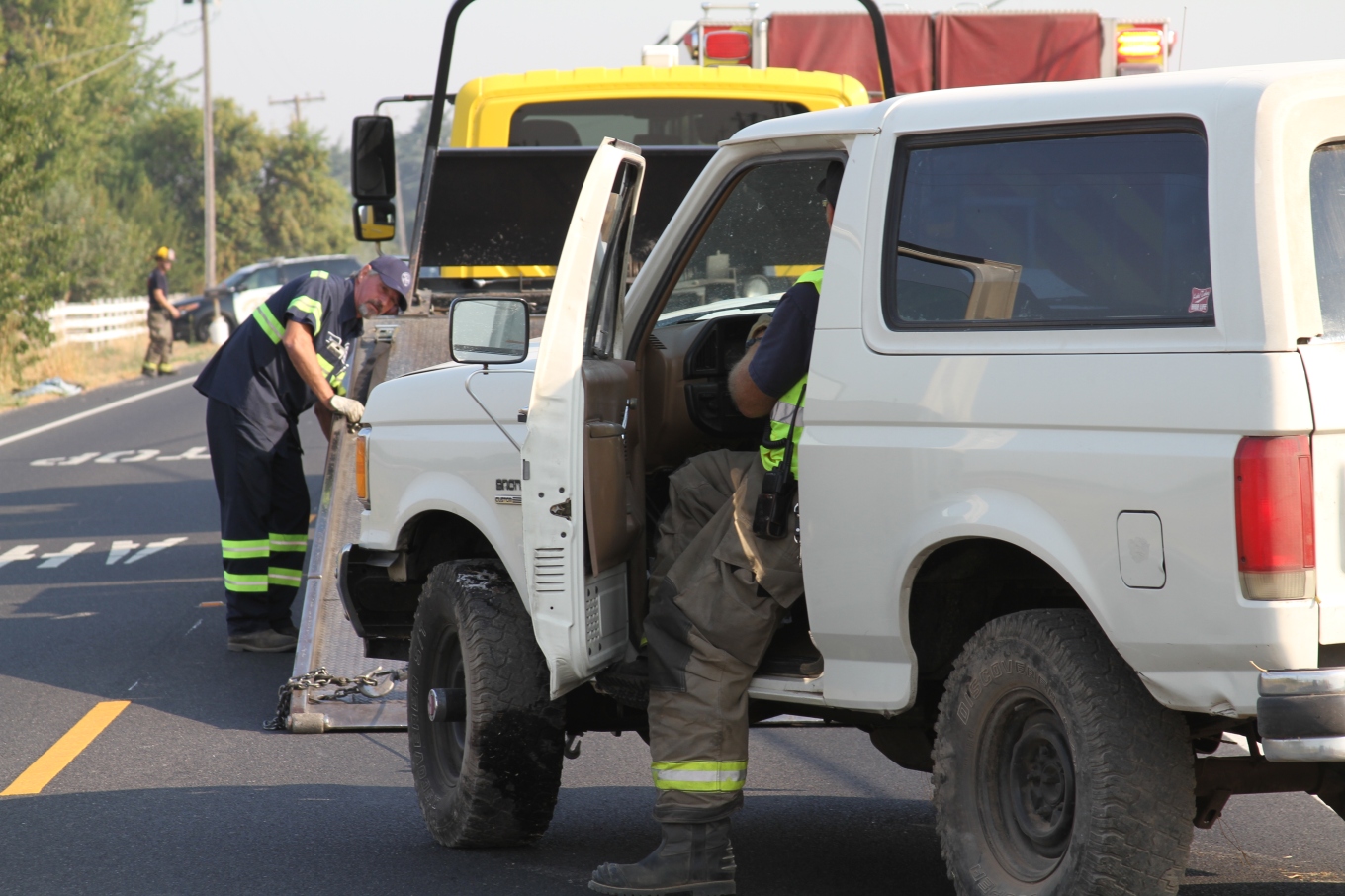