Escalon, California – California Highway Patrol was dispatched to a report of a traffic collision at approximately 4:25 p.m. this afternoon. The accident occurred on Escalon Bellota Road near Edwards Road. The crash involved a red Chrysler PT Cruiser and a grey colored Subaru Outback. Escalon Fire Department and two Escalon Community Ambulances were also dispatched to the collision. California Highway Patrol is the primary investigating agency in this accident.

The California Highway Patrol officer on scene was still investigating how the accident happened and determining who was at fault. The impact caused major damage to the front end and some side body damage to both vehicles.

The accident caused delays to the late afternoon traffic in both northbound and southbound lanes of Escalon Bellota Road with traffic backing up in both directions. The involved vehicles along with the emergency vehicles were completely blocking both lanes of Escalon Bellota Road. The roadway was closed to through traffic. There was also some debris and oil in the roadway causing issues. The CHP officer attempted to somewhat clear the roadway by pushing the Subaru from the northbound lane to the southbound lane with his patrol vehicle. McDowell tow services was called out to remove at least one of the vehicles from the crash site. 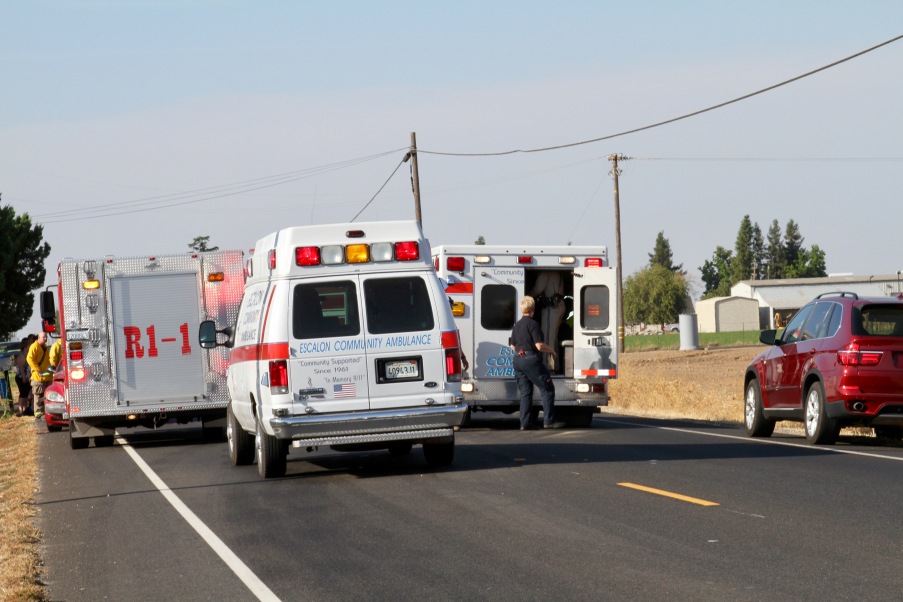 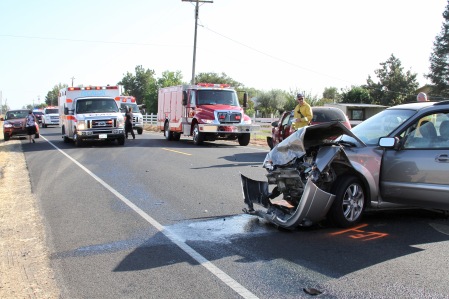 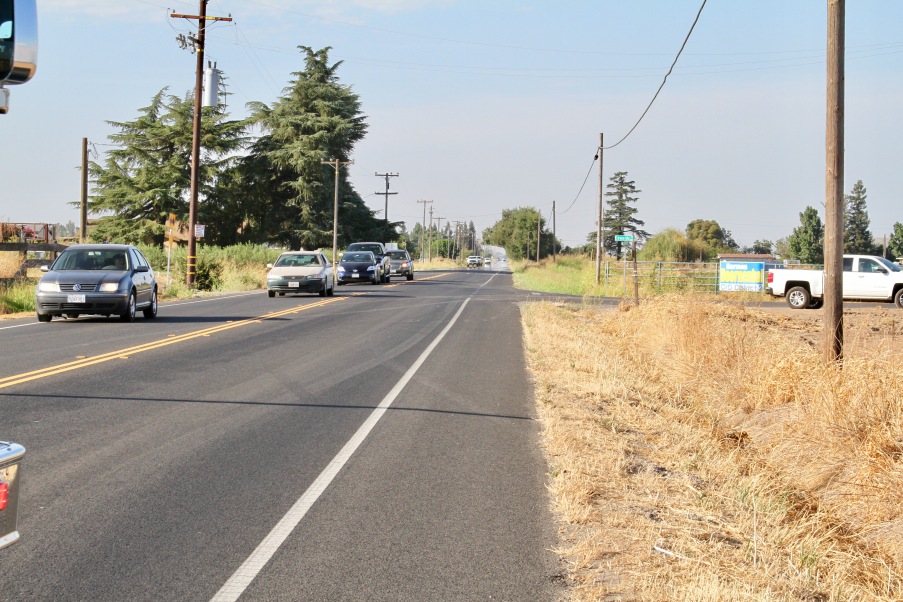 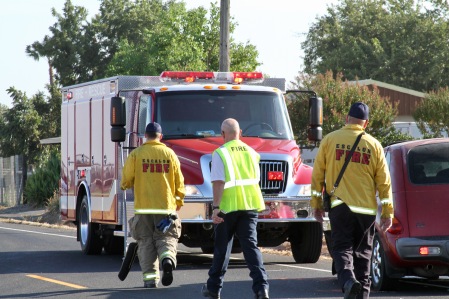 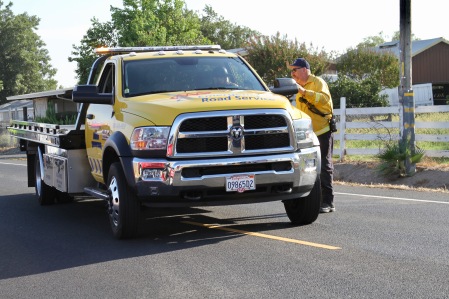