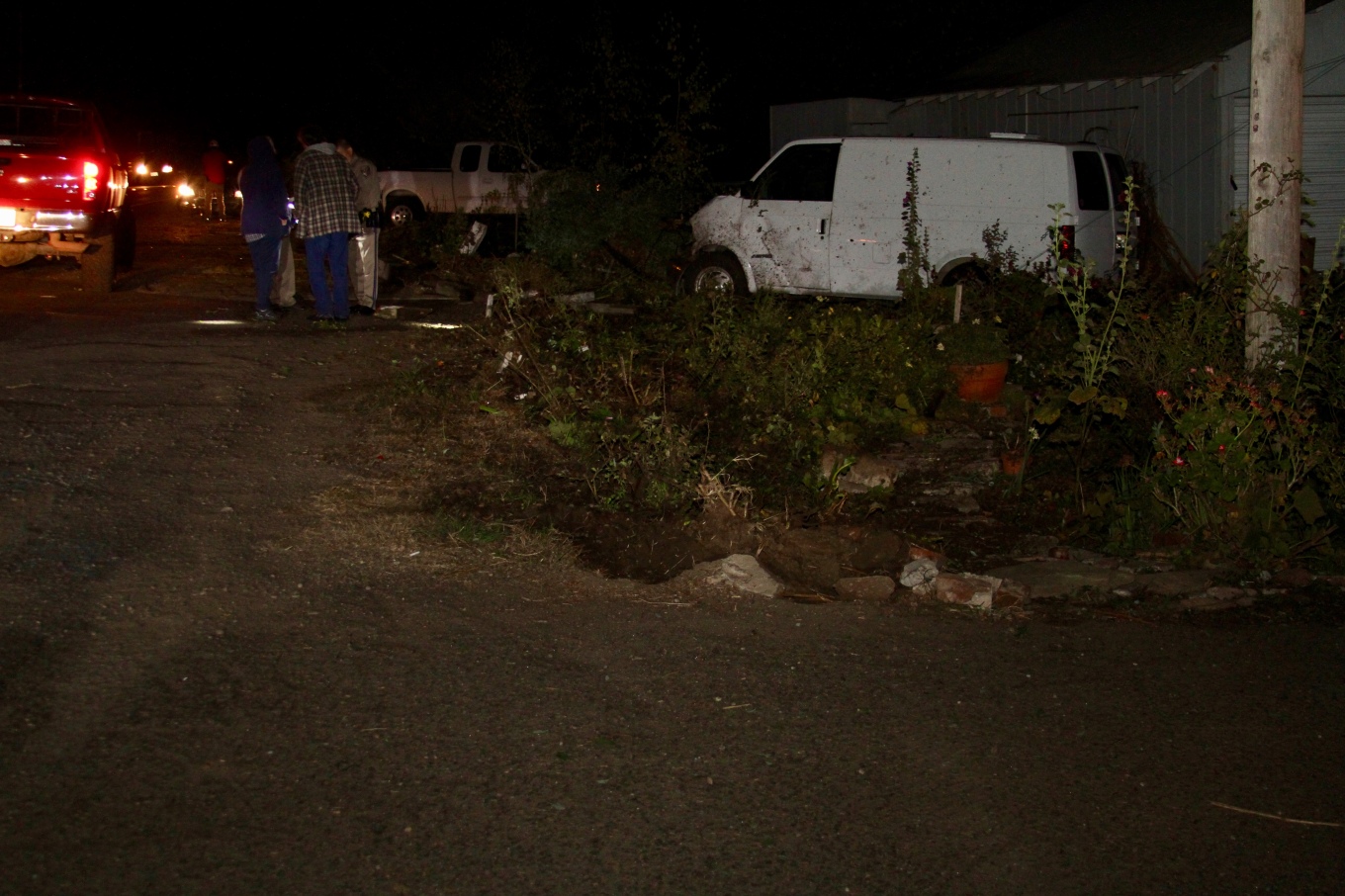 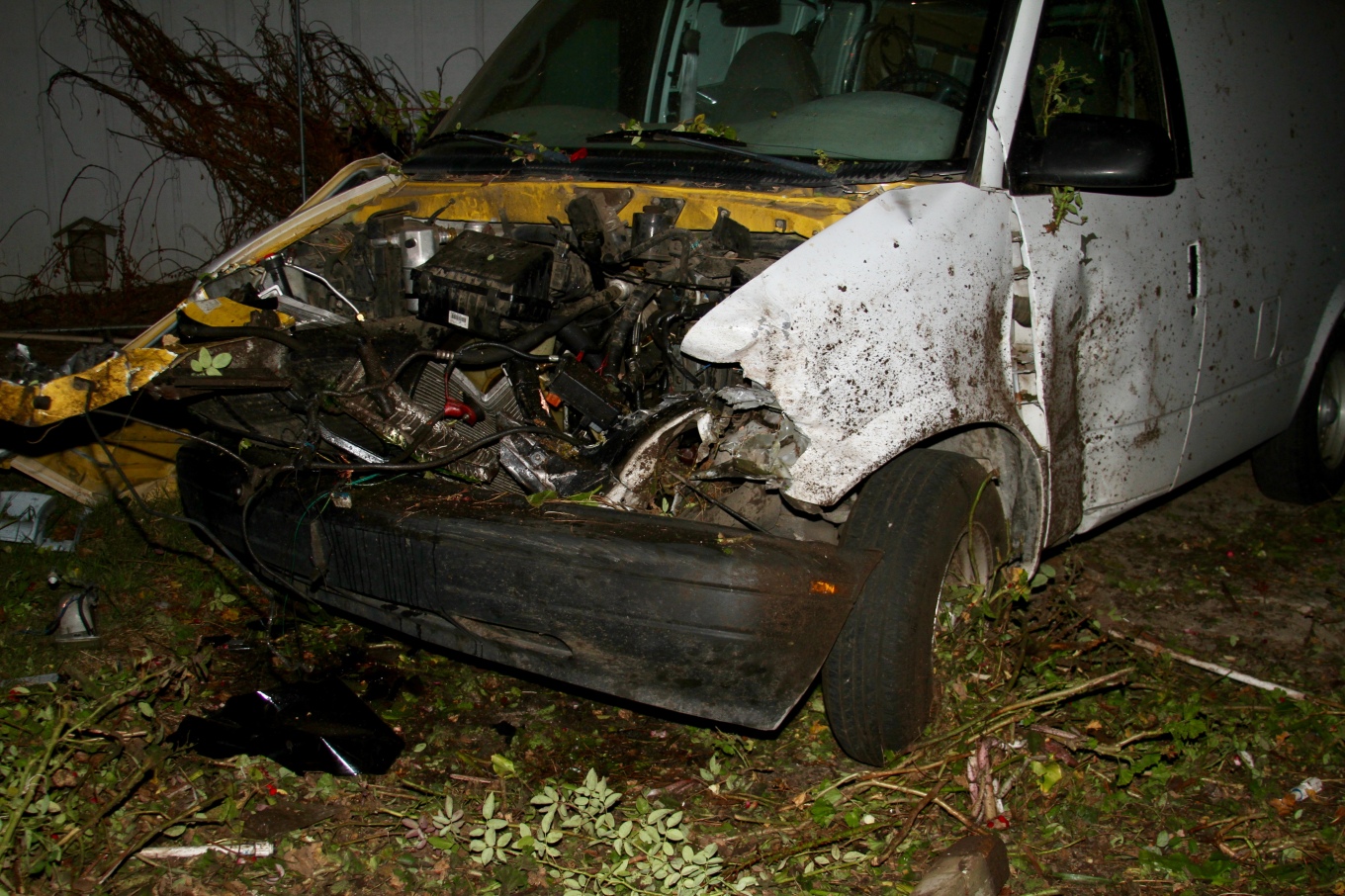 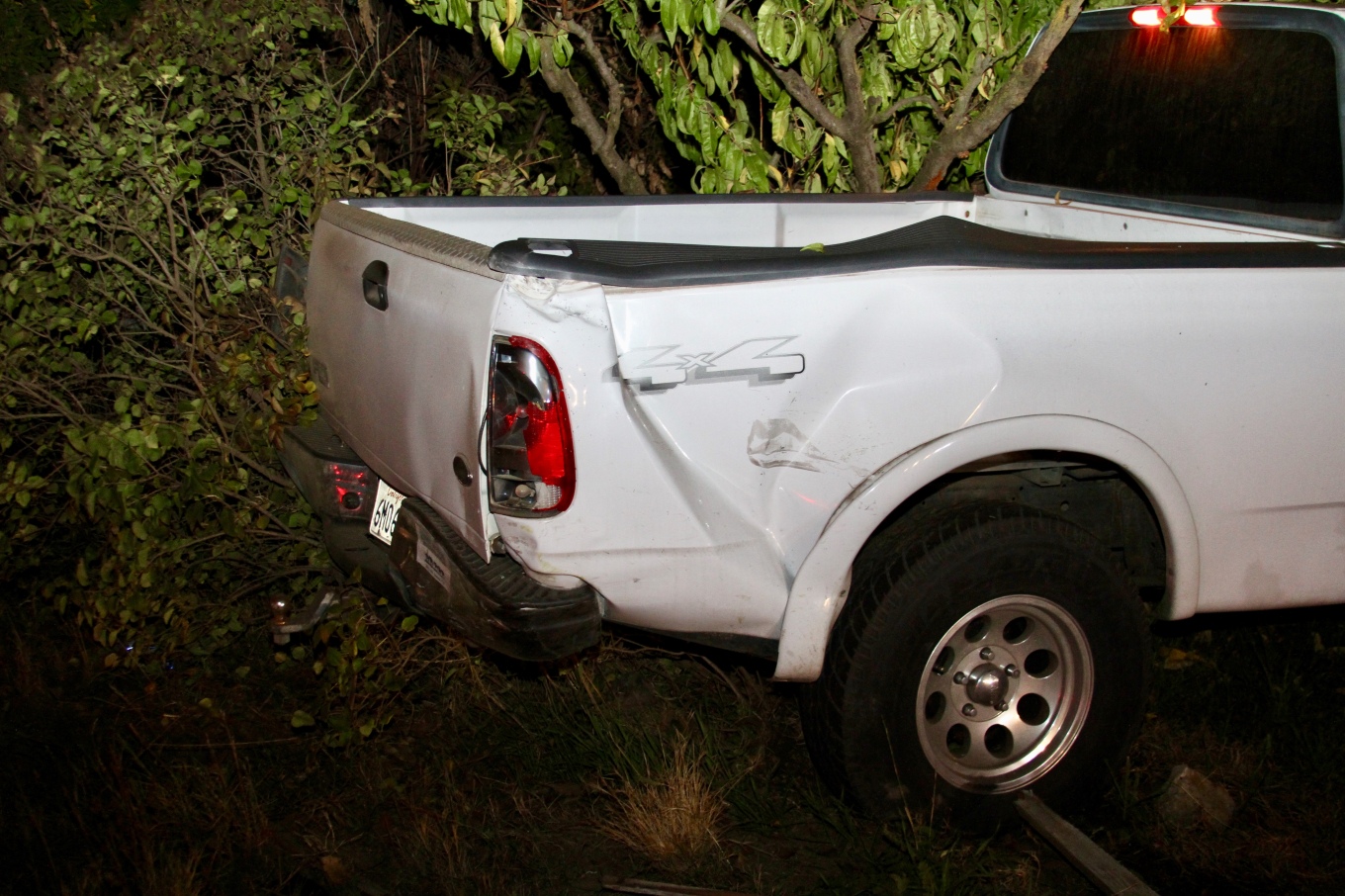 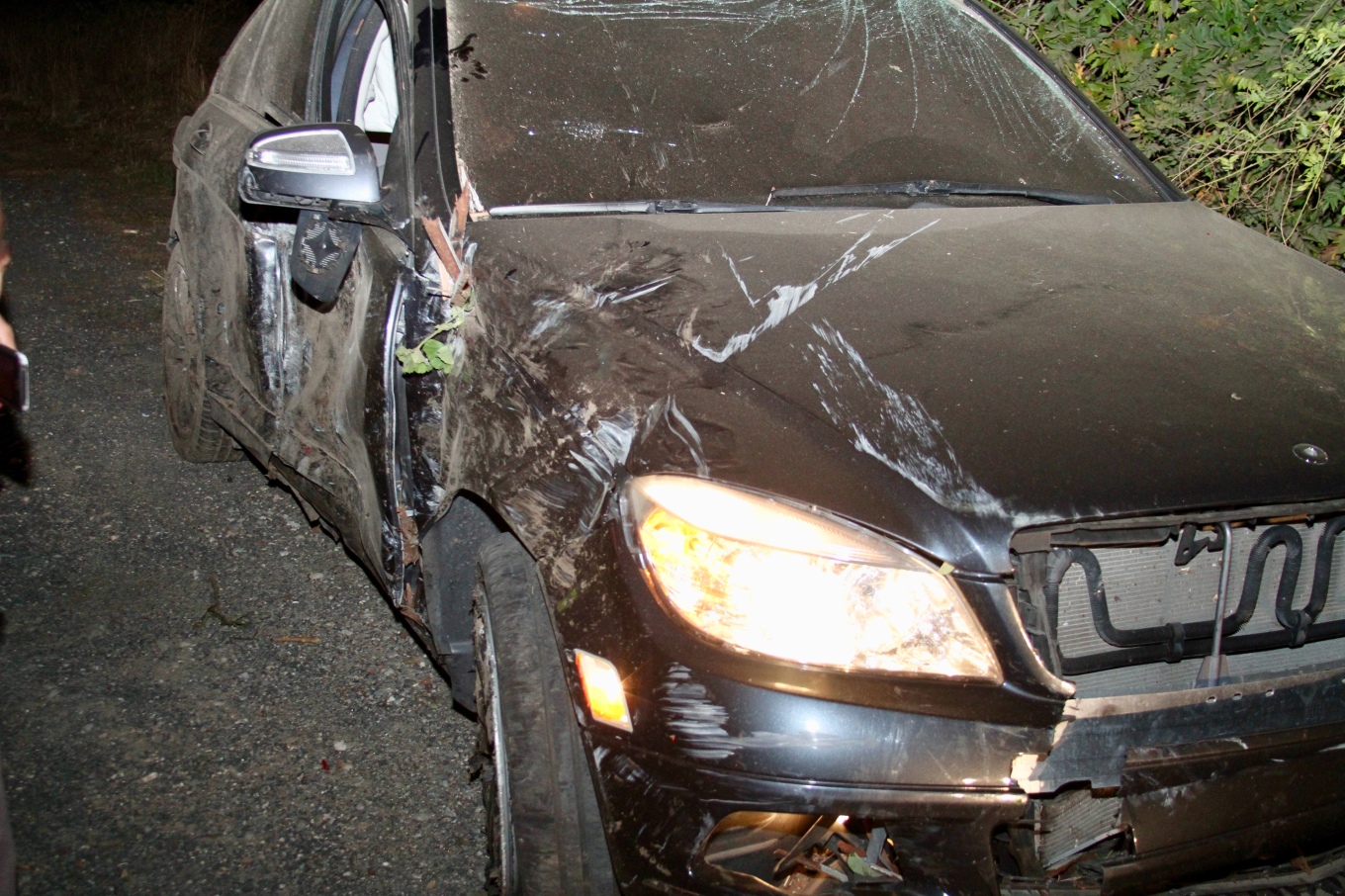 It was reported to the CHP Officers on scene that the driver of the Mercedes was traveling eastbound on E. River Road at a high rate of speed and possibly had a tire blowout just before the collision occurred. One witness that lives just a few homes west of the accident scene told the CHP Officers investigating the accident that he heard something like the sound of a tire blowing up just before the crash. The driver then lost control of the Mercedes leaving the roadway and hitting the parked vehicles along with a wooden fence in front of the home. There were automobile parts, automobile fluids and broken fence parts at the point of impact. CHP Officers on scene were still investigating the collision. The collision caused major damage to all three vehicles and the impact demolished the wooden fence in front of the home. 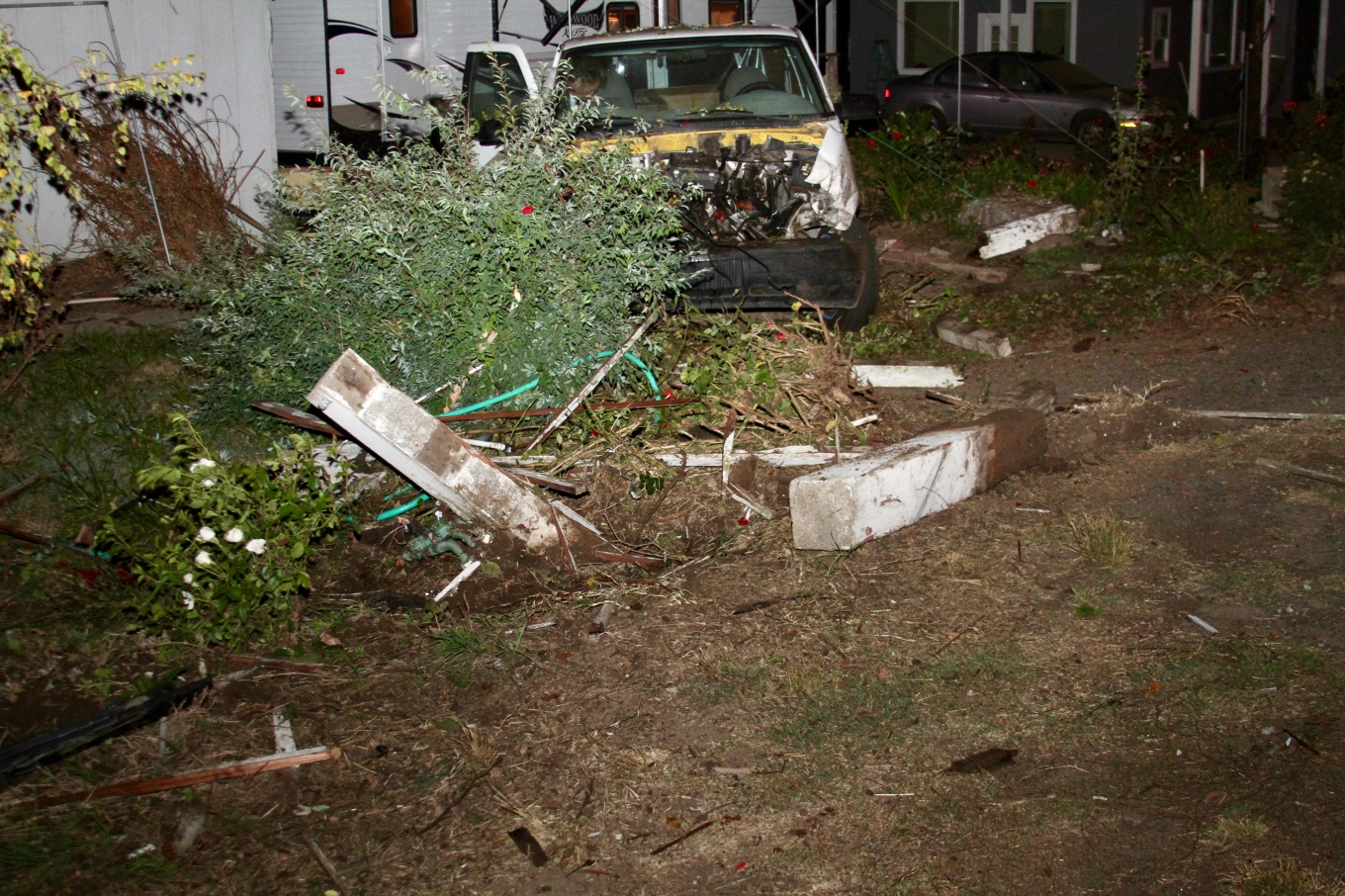 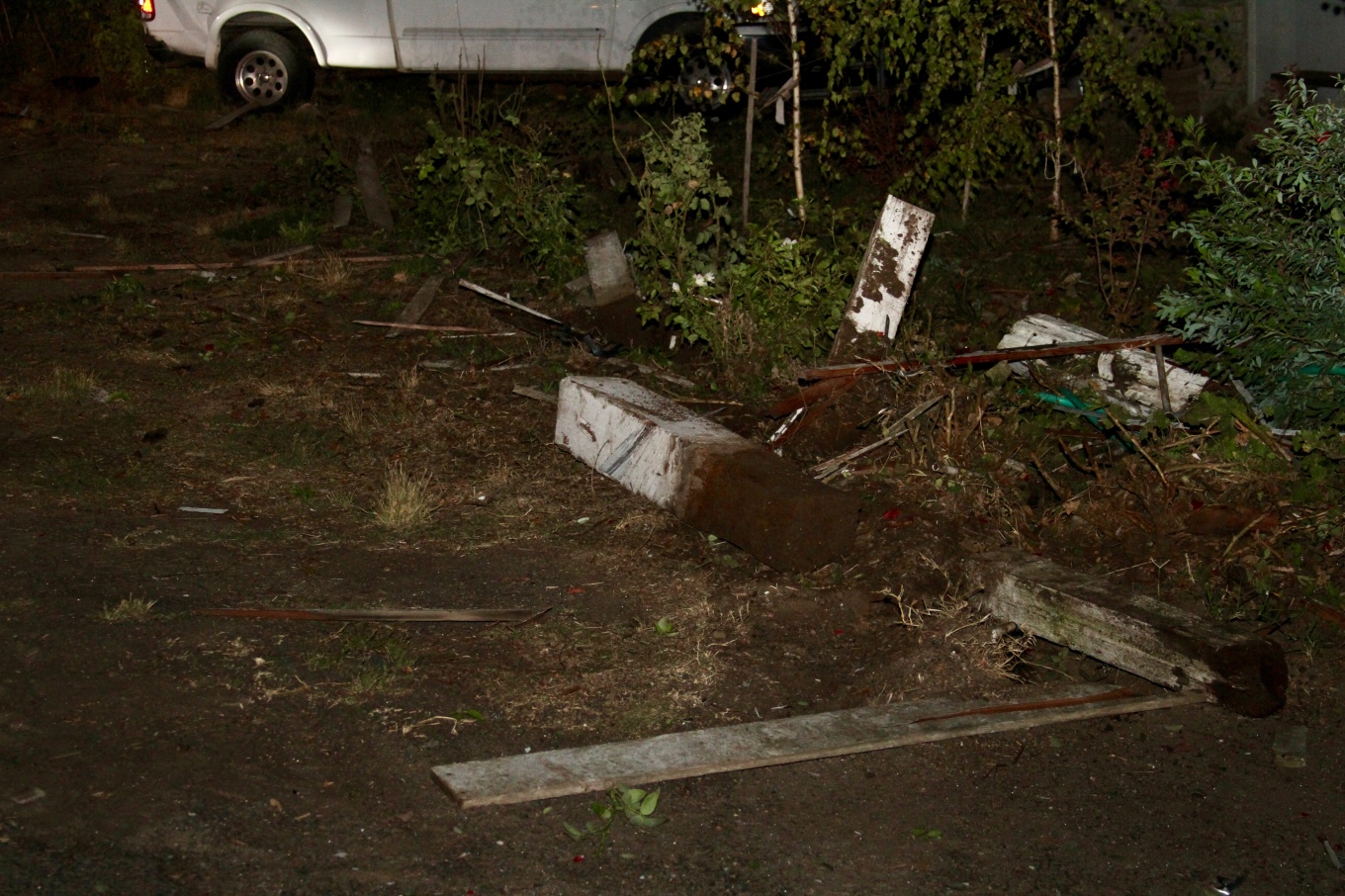 It was unclear if there was a second person inside the Mercedes, but at least one person from the car was treated by medical emergency technicians on scene, and transported to a nearby hospital with unknown minor injuries. It appeared no other vehicles had been involved in the crash. The airbags in the Mercedes did deploy. Speed and possibly a blown tire may have been the cause of this accident. 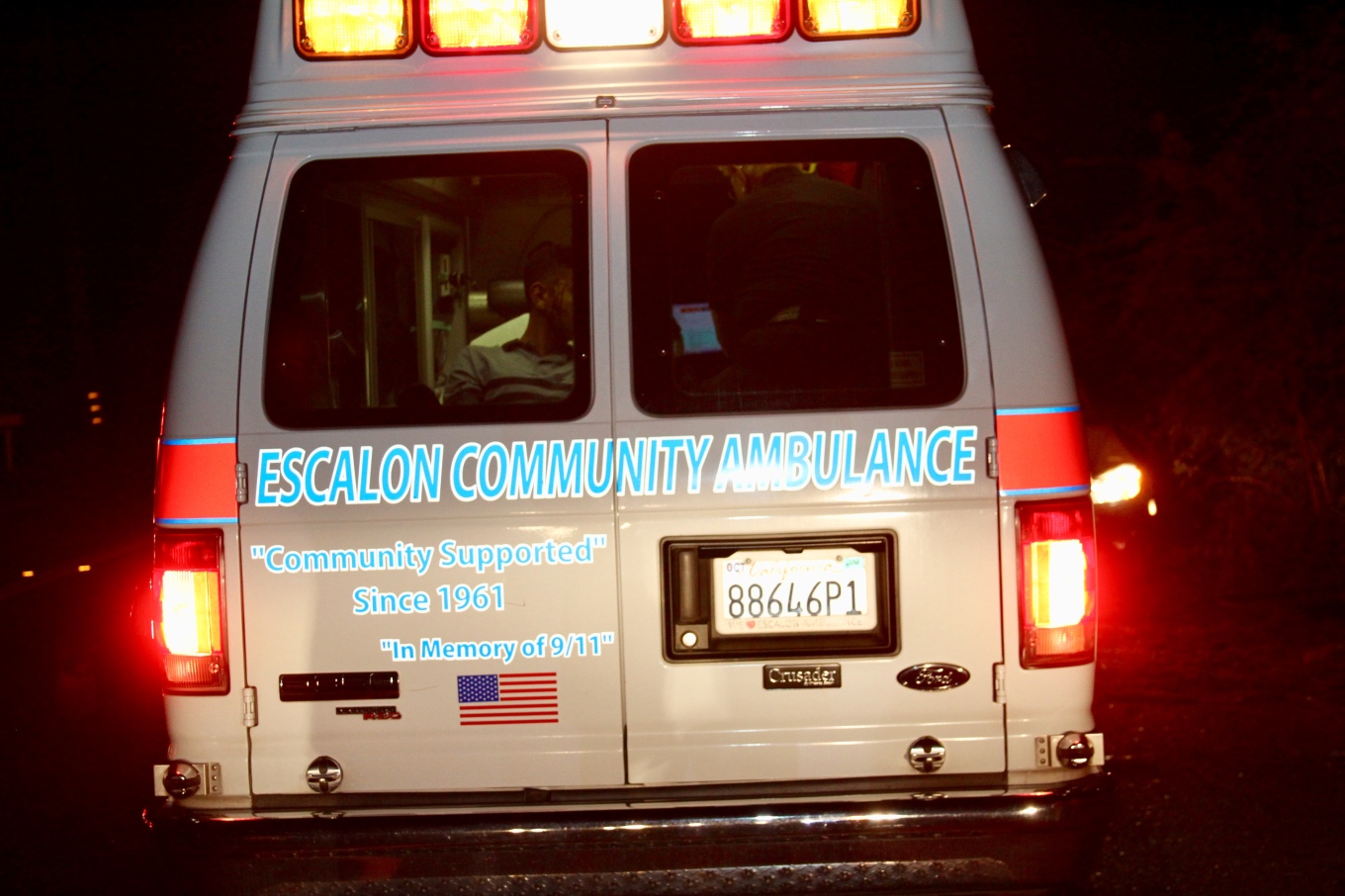 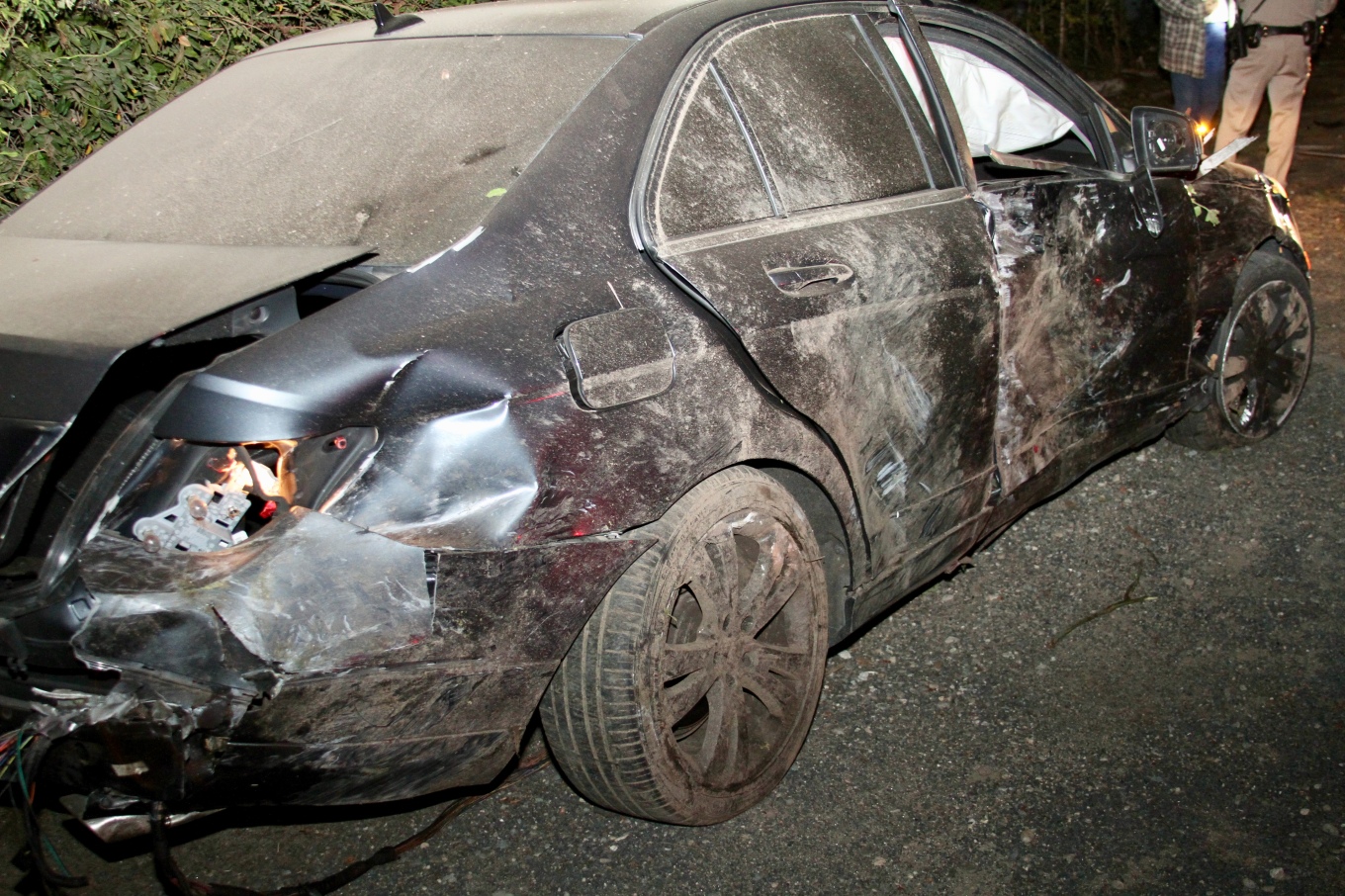 Traffic was light and there were only minor delays on River Road. The roadway was also clear of debris and vehicles. There was quite a bit of debris, automobile parts, automobile fluids and broken fence parts on the north side of the roadway.