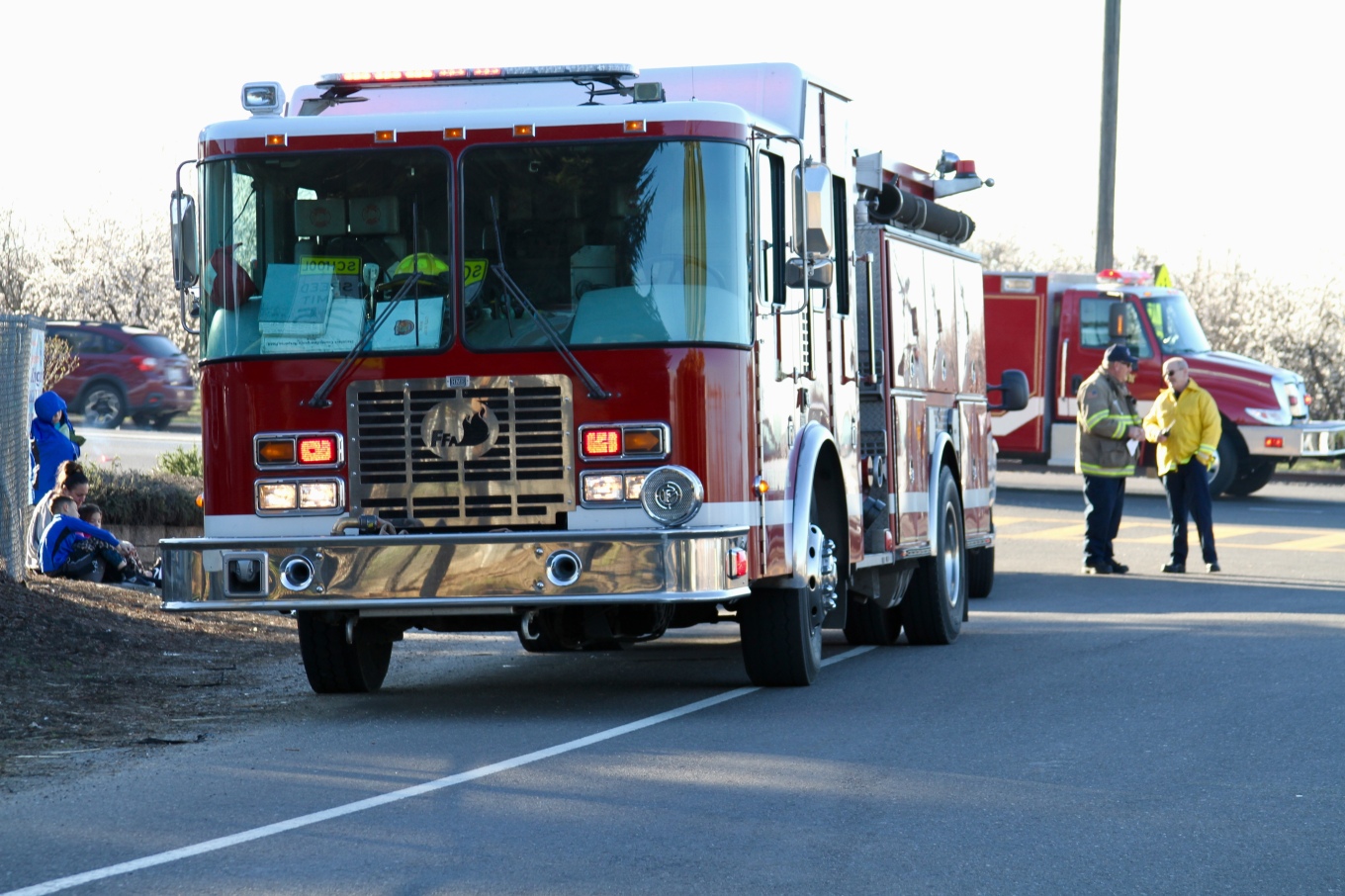 Escalon, California – California Highway Patrol was dispatched to a report of a traffic collision at approximately 8:04 a.m. The accident occurred on Highway 120 at the intersection of Van Allen Road. The crash involved a white Chrysler mini-van and a white Ford Taurus. Escalon Fire Department and Escalon Community Ambulance Services were also dispatched to the collision. California Highway Patrol is the primary investigating agency in this accident. 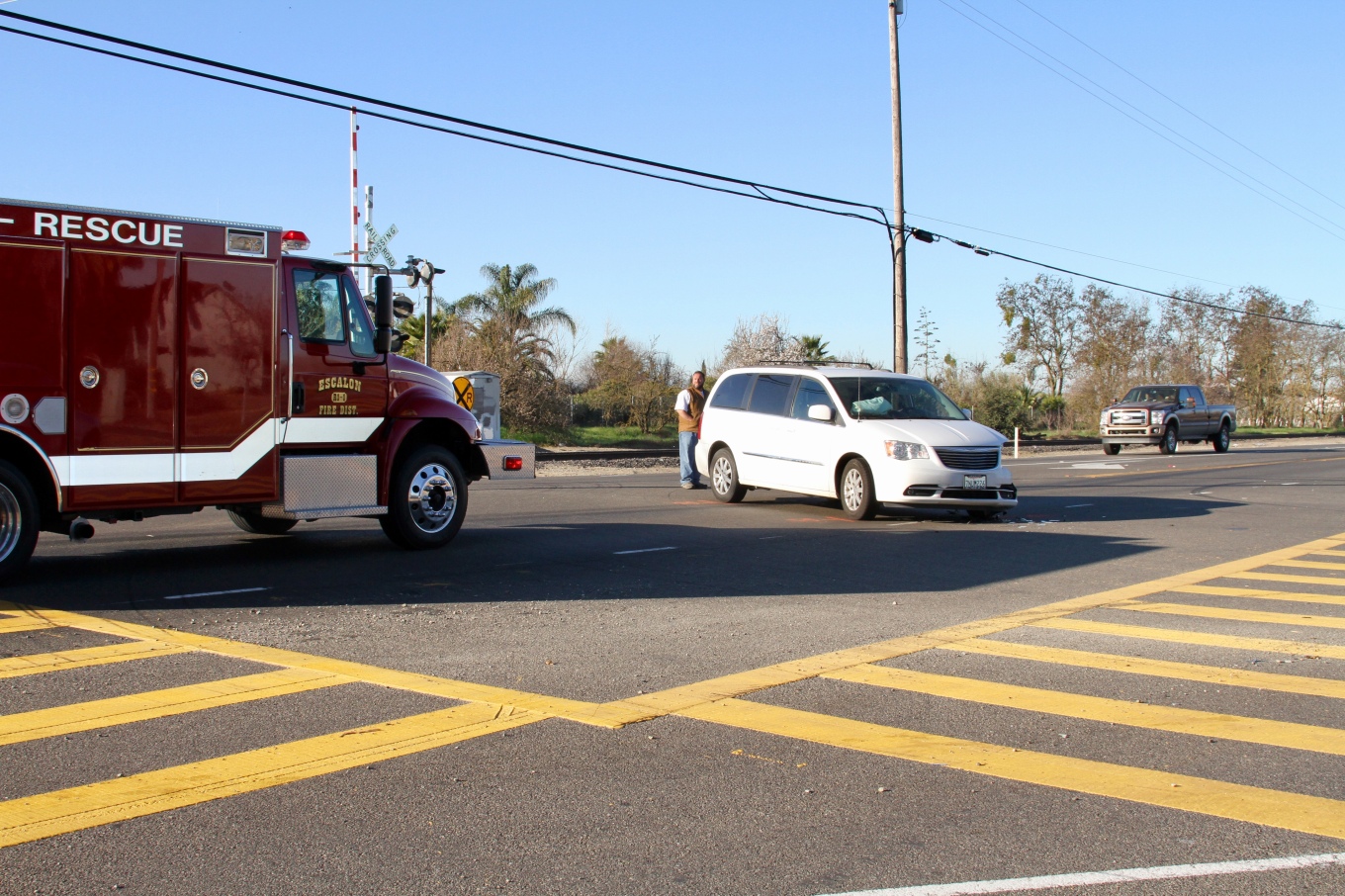 The driver of the Ford said he was stopped at the stop sign on Van Allen Road facing south and was attempting to make a left (east) turn onto Highway 120 when the accident occurred. He went on to say that he could see two cars facing him from the opposite side (southside) of Highway 120 and waited for the first vehicle to pass before starting his turn onto Highway 120. He also said as he started to make his turn the second car started across the intersection and they collided in the center of the road. 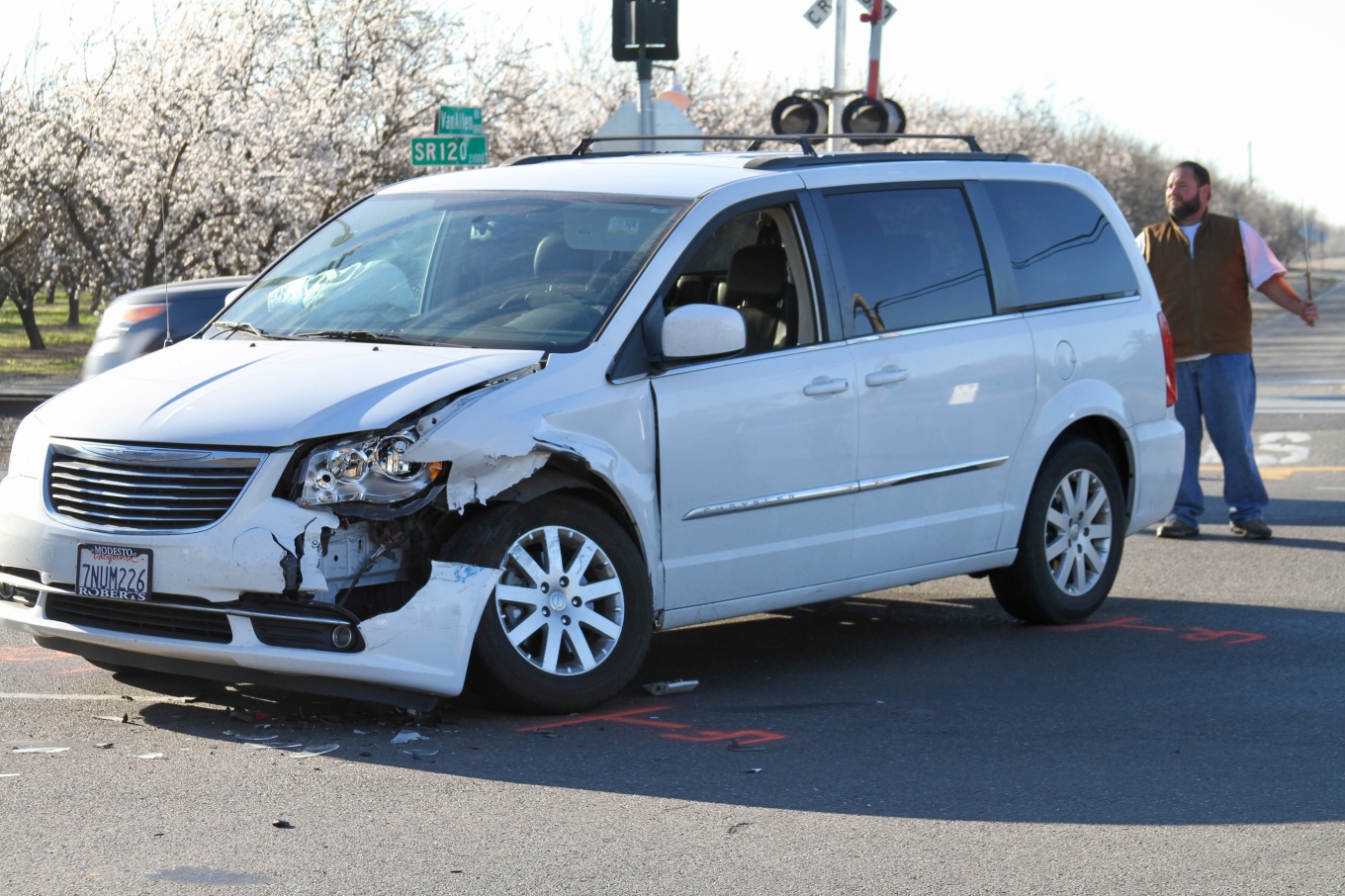 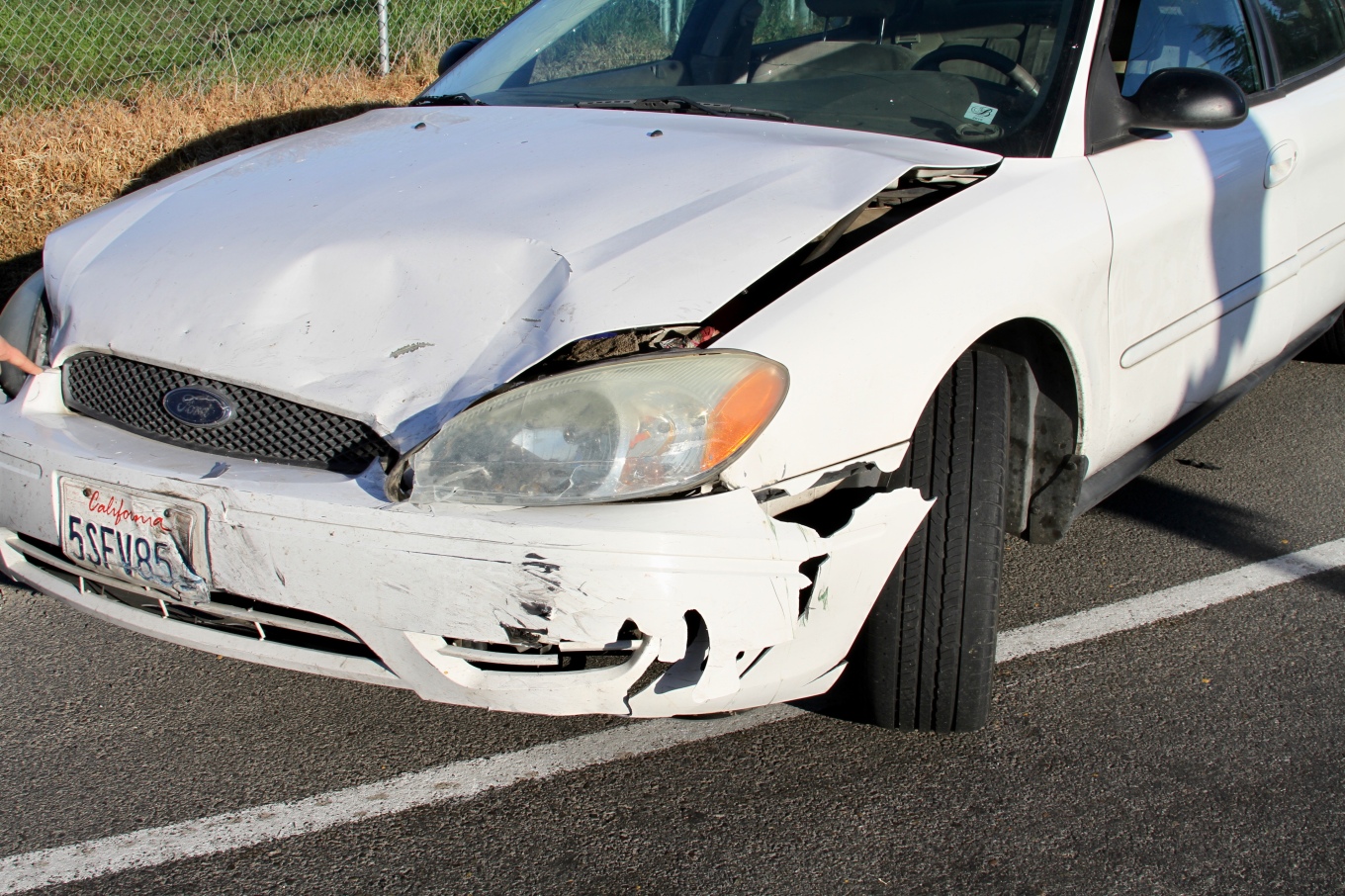 There are conflicting versions of who may have had the right away and caused the accident. Sounds like there was a break in traffic on Highway 120 and both drivers made their move at the same time colliding in the center of the intersection. The California Highway Patrol officer did gather information from the drivers, witnesses and details from the accident scene to later determine how the collision occurred and if one or both are at fault. The impact caused major damage to the front end of both vehicles. 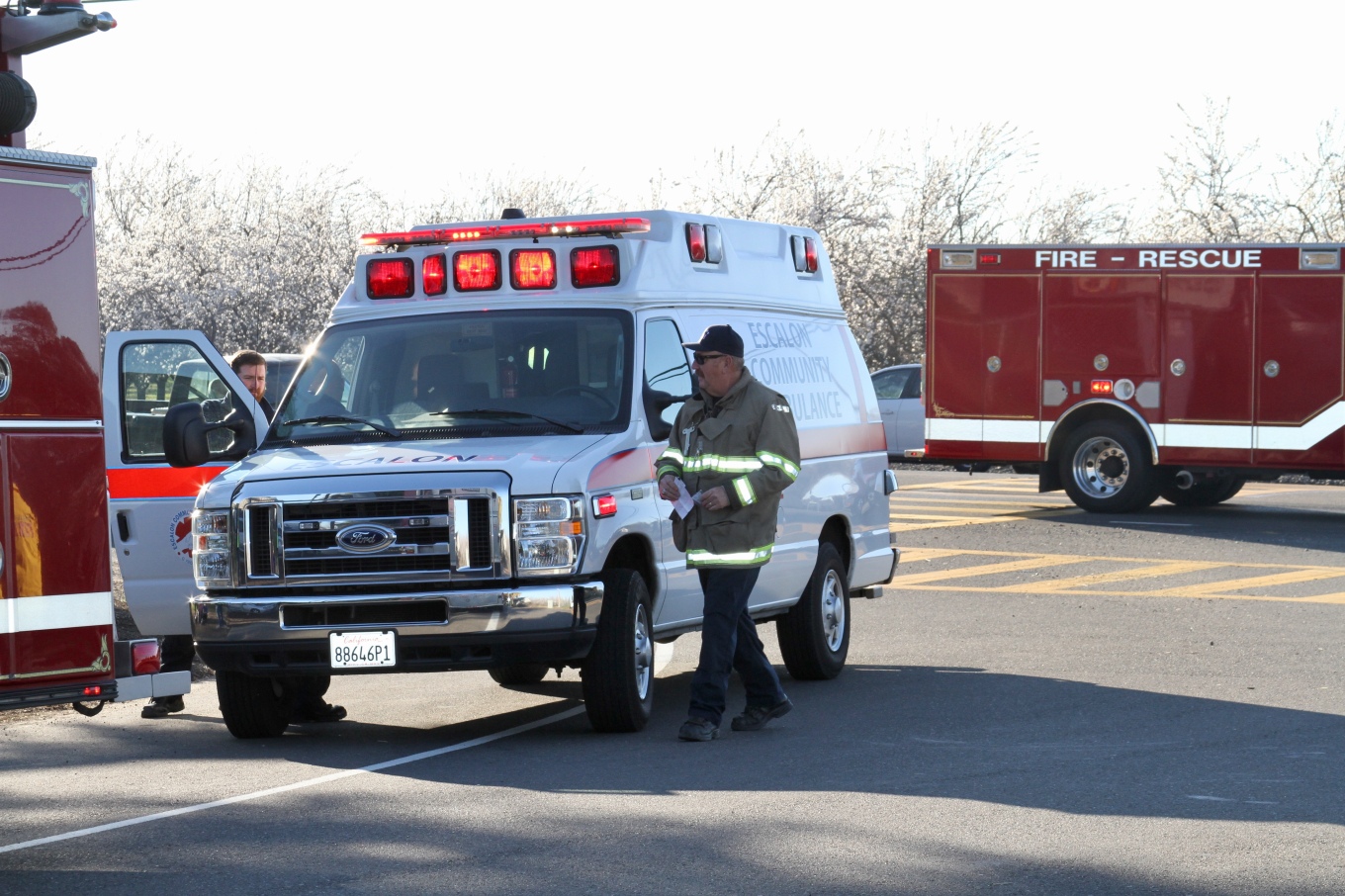 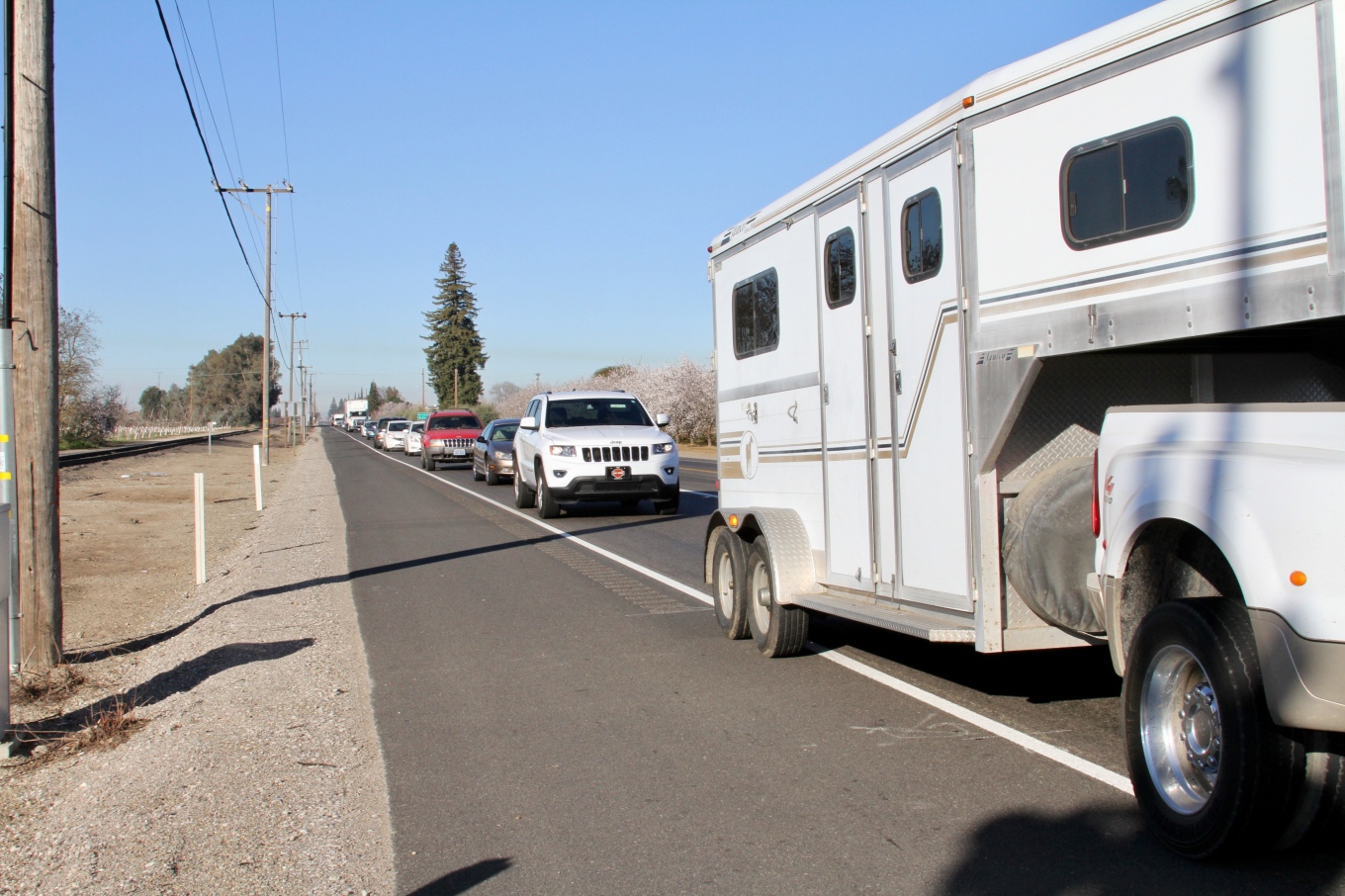 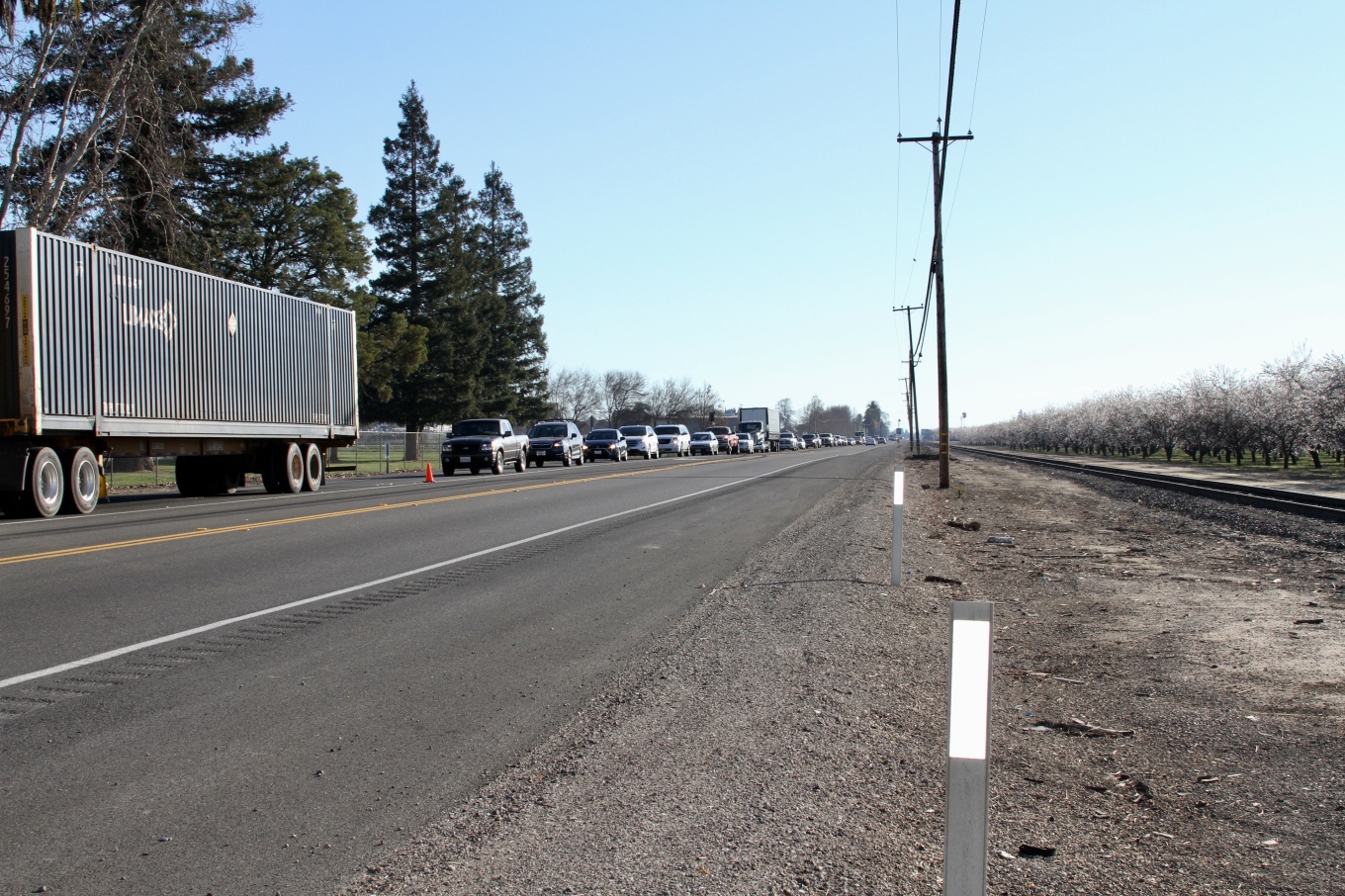 The accident caused some delays to the morning traffic in both directions of Highway 120. Staff from a nearby school were some of the first people to respond to the accident and helped with directing traffic until fire personnel arrived. 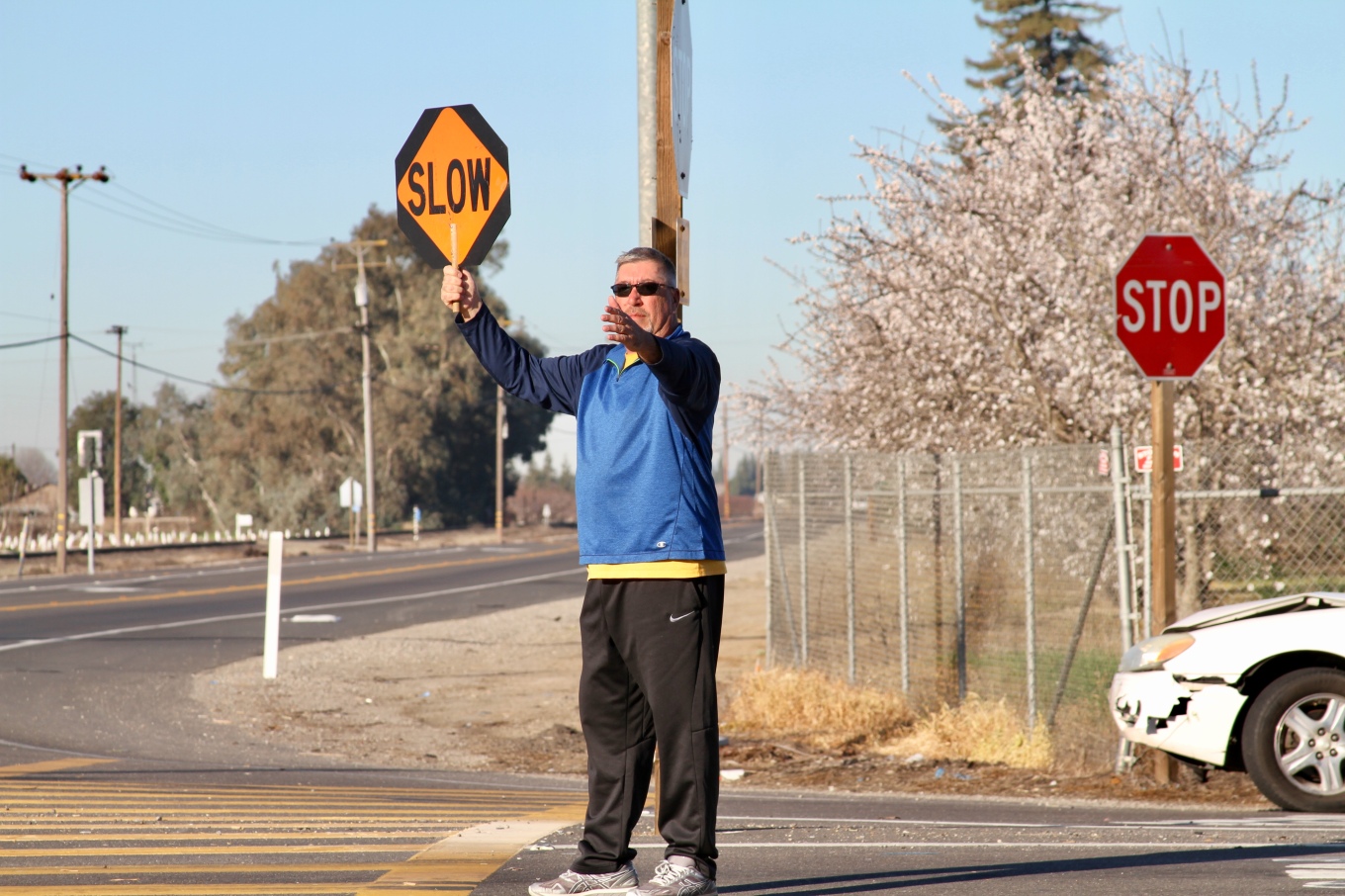 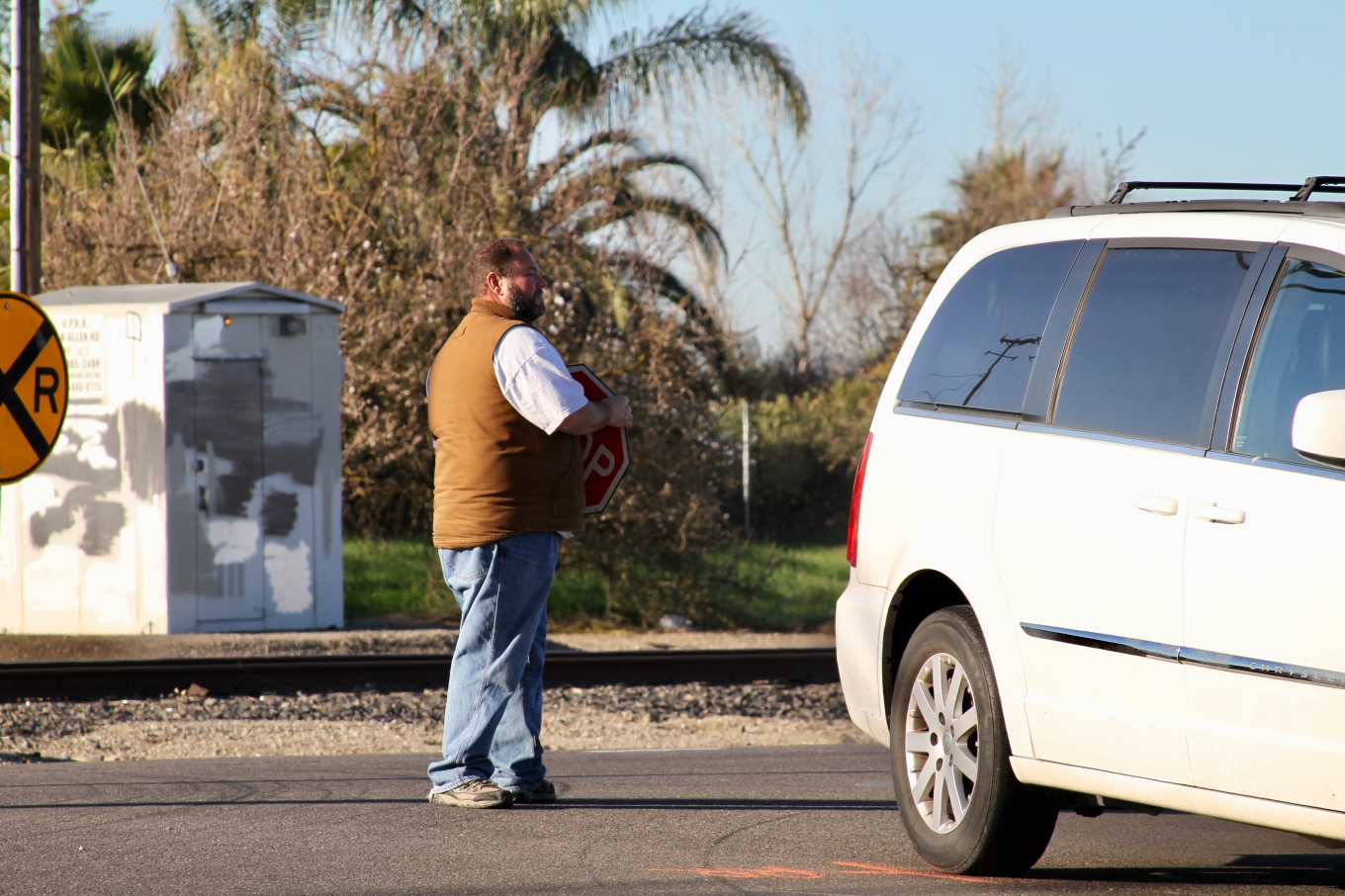 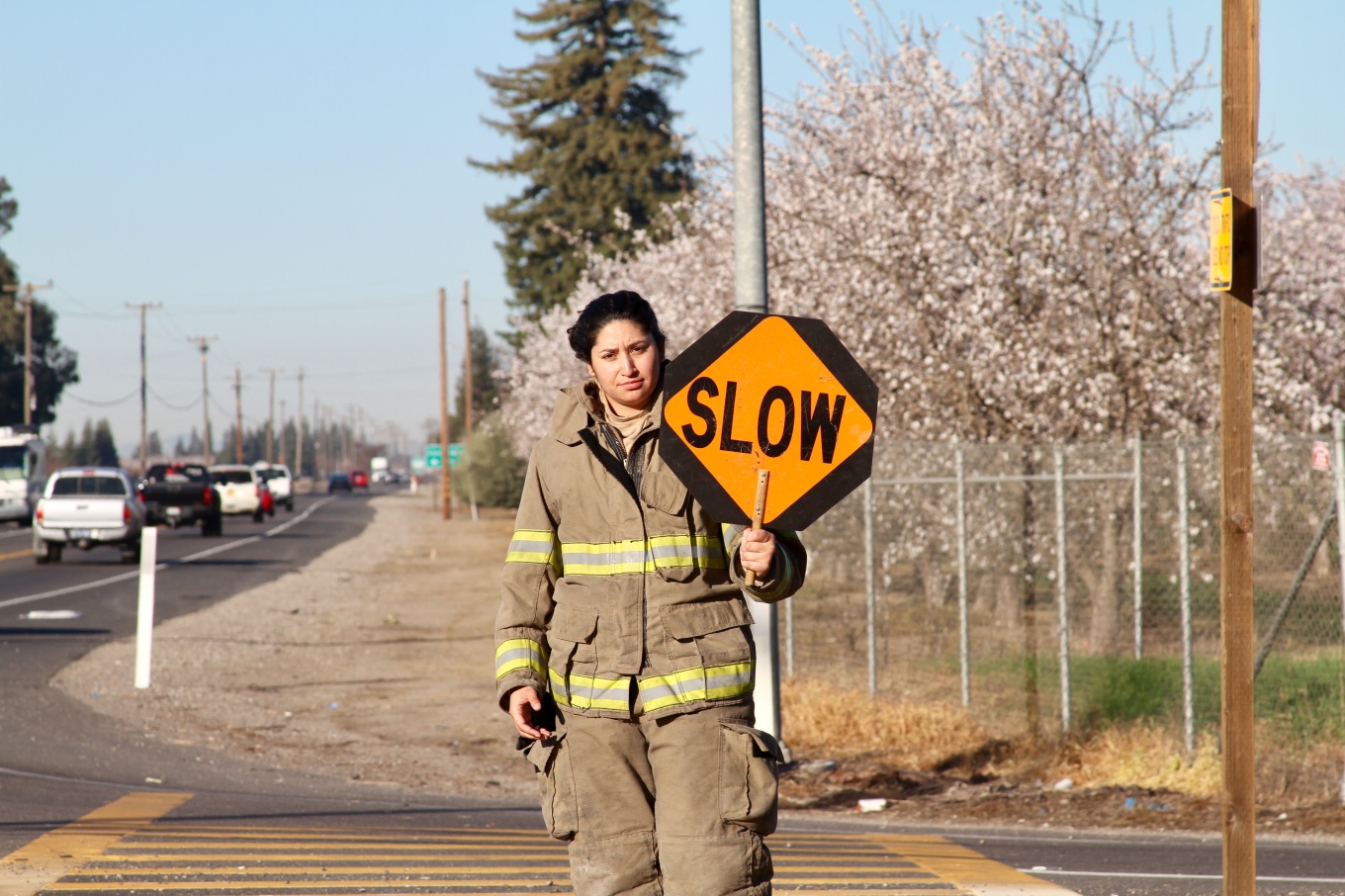 The mini-van, along with emergency vehicles, was blocking the westbound lane of Highway 120 and traffic was being diverted around the crashed vehicle. There was also some debris in the roadway causing issues. The CHP officer cleared the roadway by pushing the mini-van from the roadway to the northeast corner of the highway with his patrol vehicle. The Ford was still drivable and the driver had parked it on the northwest corner of the intersection. Tow services were called out to remove the mini-van from the crash site. 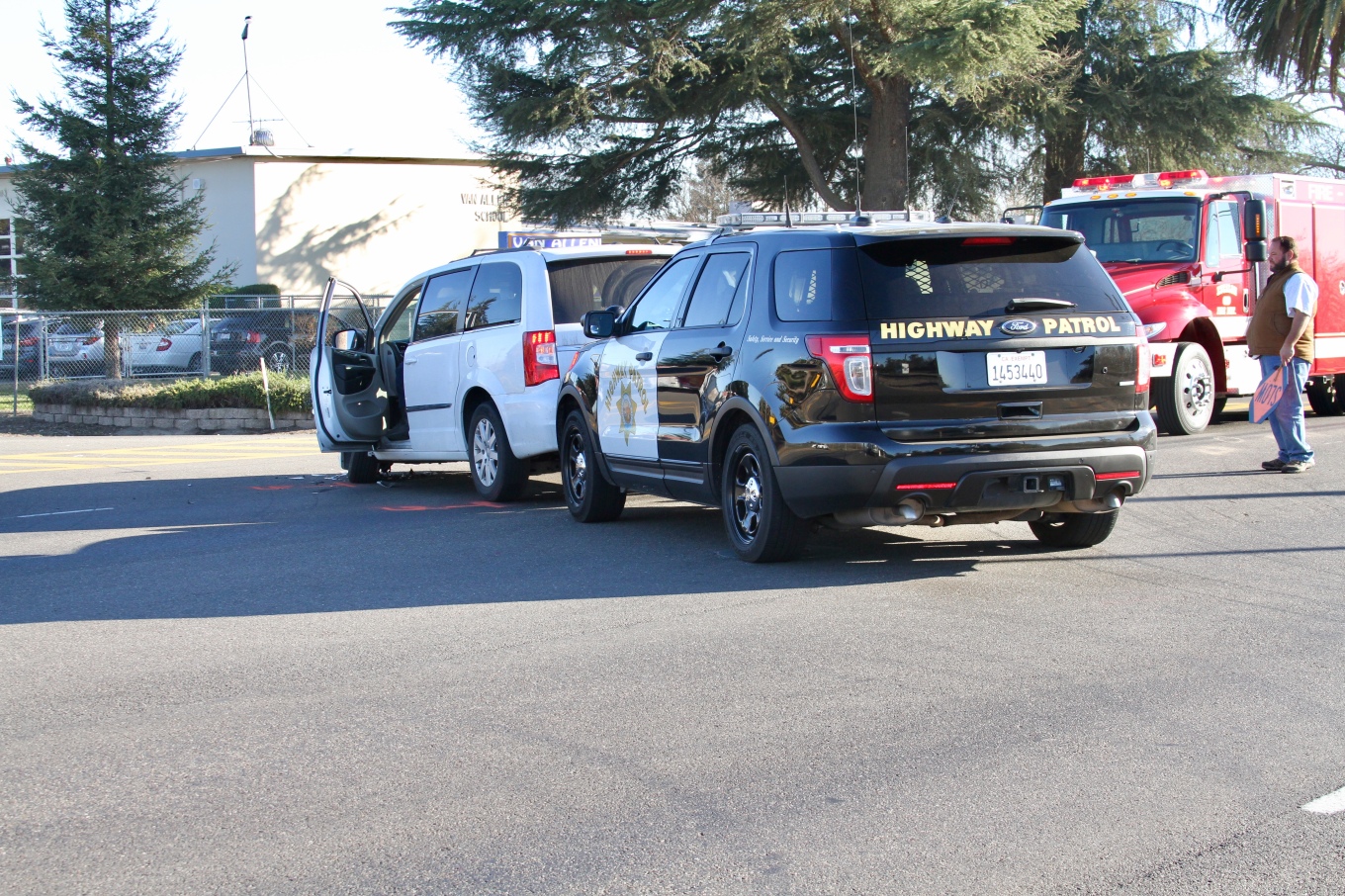 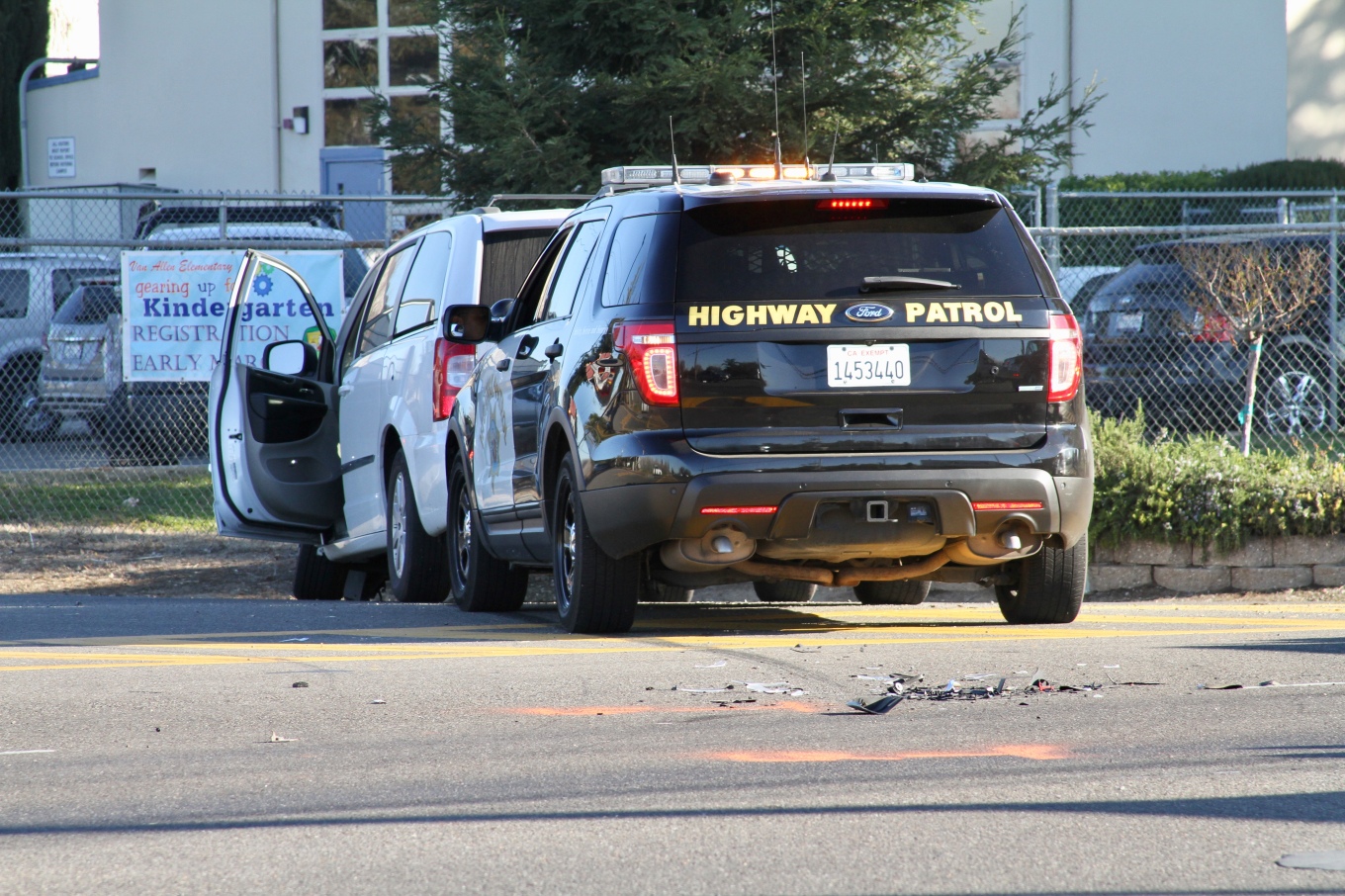