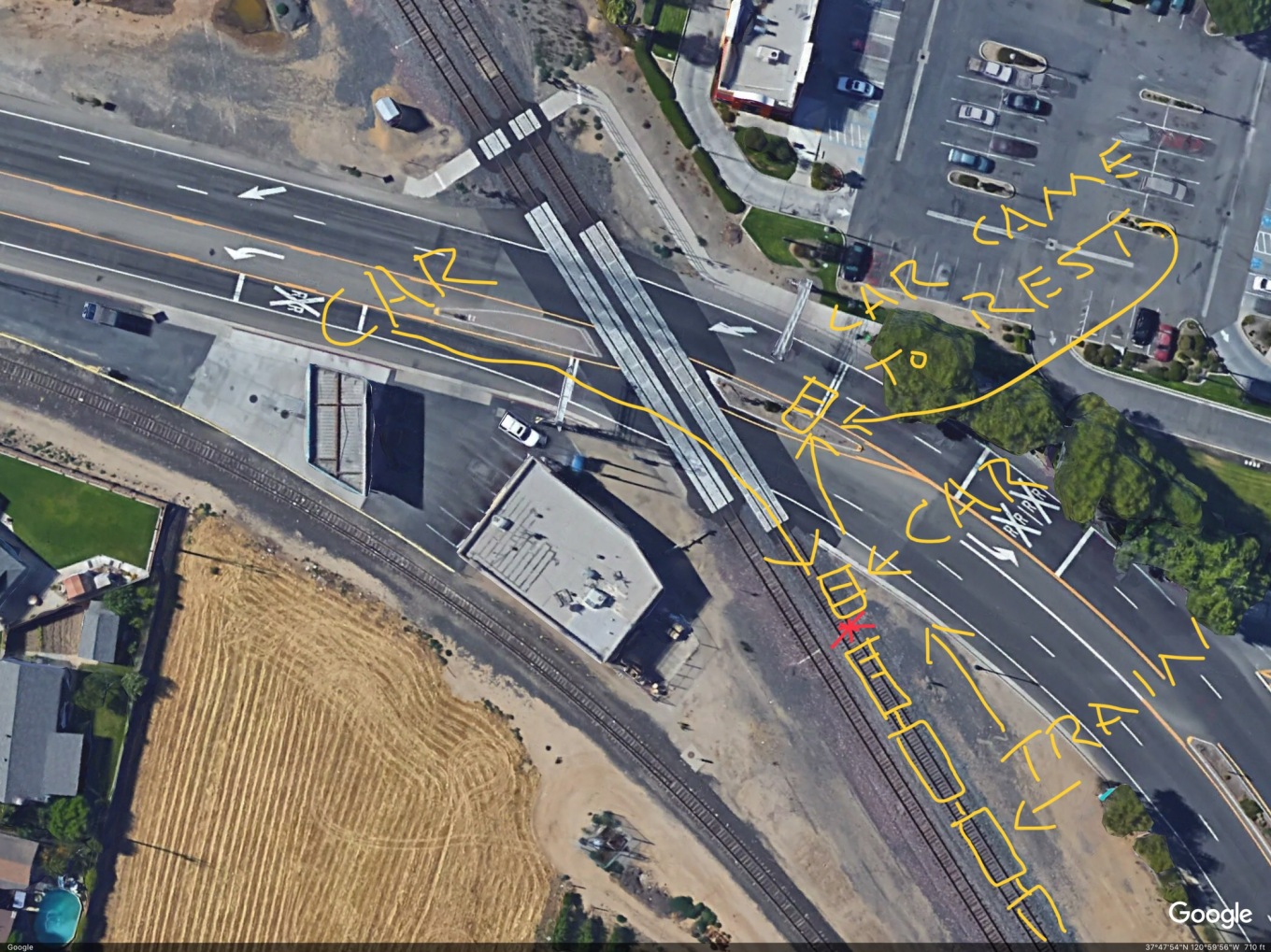 Occurred on March 19, 2018 at approximately 10:35 p.m. The Escalon Police Department, Escalon Fire Department, and Escalon Community Ambulance responded to a report of a train versus vehicle. The unoccupied Honda Civic was stuck on the railroad tracks just east of the Mobile gas station/Escalon MiniMart and the BNSF freight train was traveling on the northbound tracks when the accident occurred. The call was reported to dispatch by the owner of the Escalon MiniMart an attempt to stop the oncoming train. The Escalon Police Department is the primary investigating agency in this accident.

The Honda Civic, occupied by three people, was heading east on Highway 120 crossing the railroad tracks near the Mobile gas station/Escalon MiniMart. The driver of the vehicle mistook the train tracks for the roadway and turned right onto the railroad tracks where the vehicle came to rest on the tracks. (UPDATED:  A family member of the occupants of the Honda commented on the post that the driver of the vehicle had to make an evasive maneuver to avoid hitting a pedestrian crossing the roadway.) Witnesses attempted to help the occupants of the Honda remove the car from the railroad tracks, but were unsuccessful. The Honda Civic had become stuck in the deep gravel along side of the tracks. All occupants of the Civic and witnesses were able to move to safety before the impact.

The northbound train was unable to stop before striking the vehicle head-on. The impact crushed the front of the vehicle and shoved it off the tracks. The Honda came to rest in the middle divider of Highway 120/Yosemite Avenue. The collision caused major damage to the Honda Civic and minor damage to the front-end of the train. 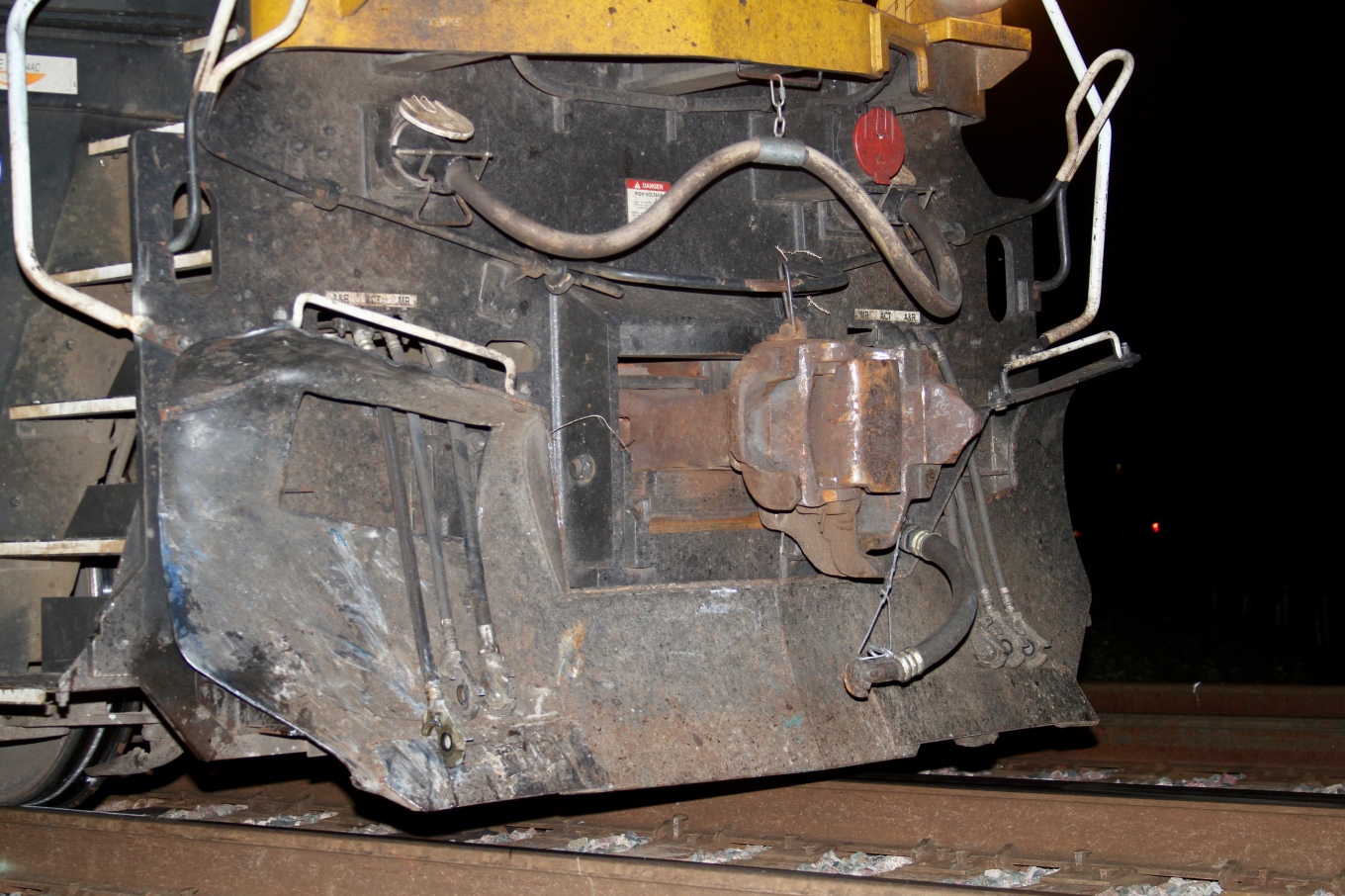 Escalon Medical Emergency Technicians on scene checked on the occupants of the vehicle involved in the crash. One person was treated by medical technicians and transported to a hospital by ambulance for an unknown medical condition. It appeared no other vehicles had been involved in the crash. Lighting in the area, the curvature of the roadway and attention to driving may have been a factor in this mishap. It appeared drugs and/or alcohol was not a factor in this collision 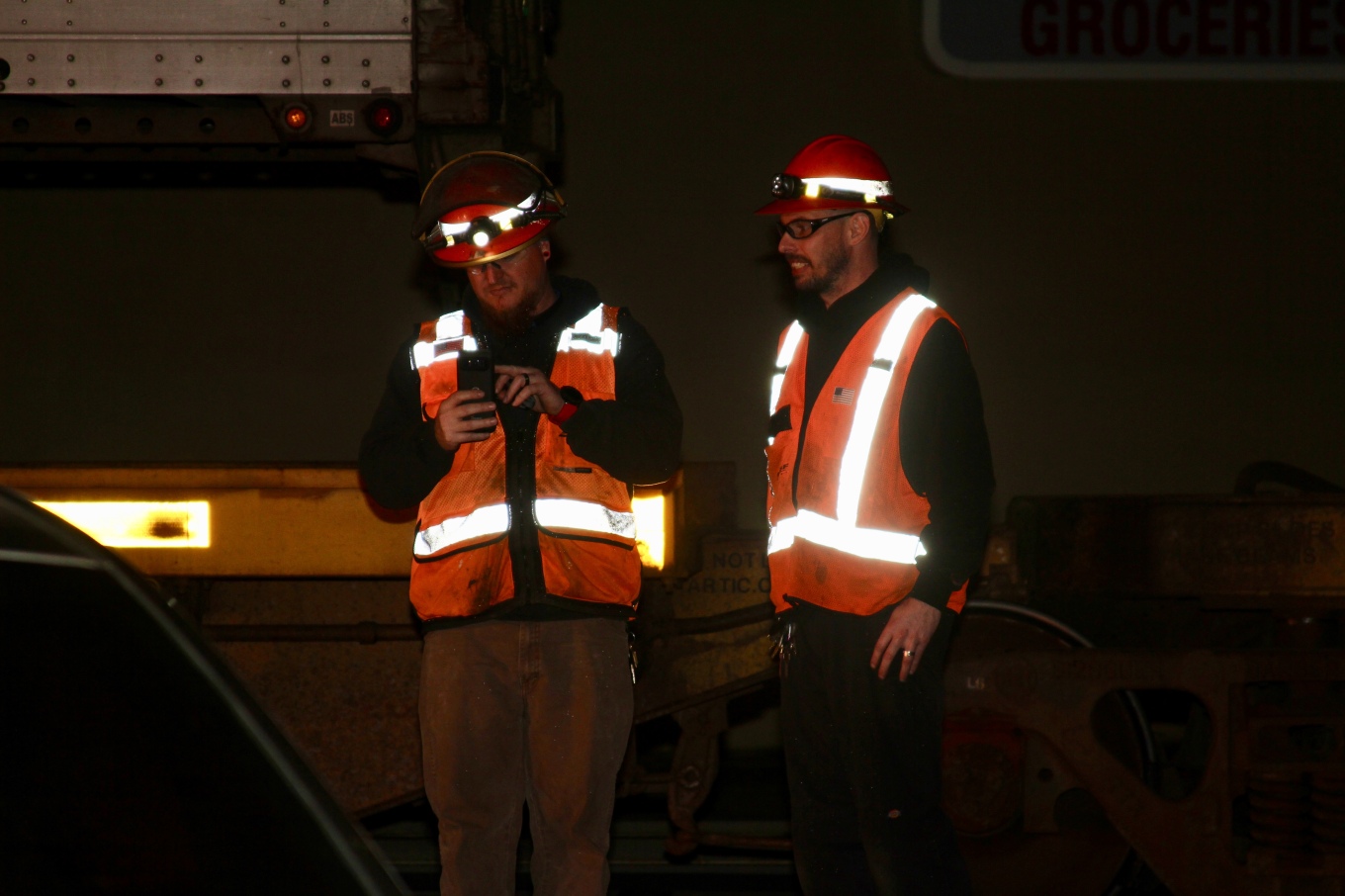 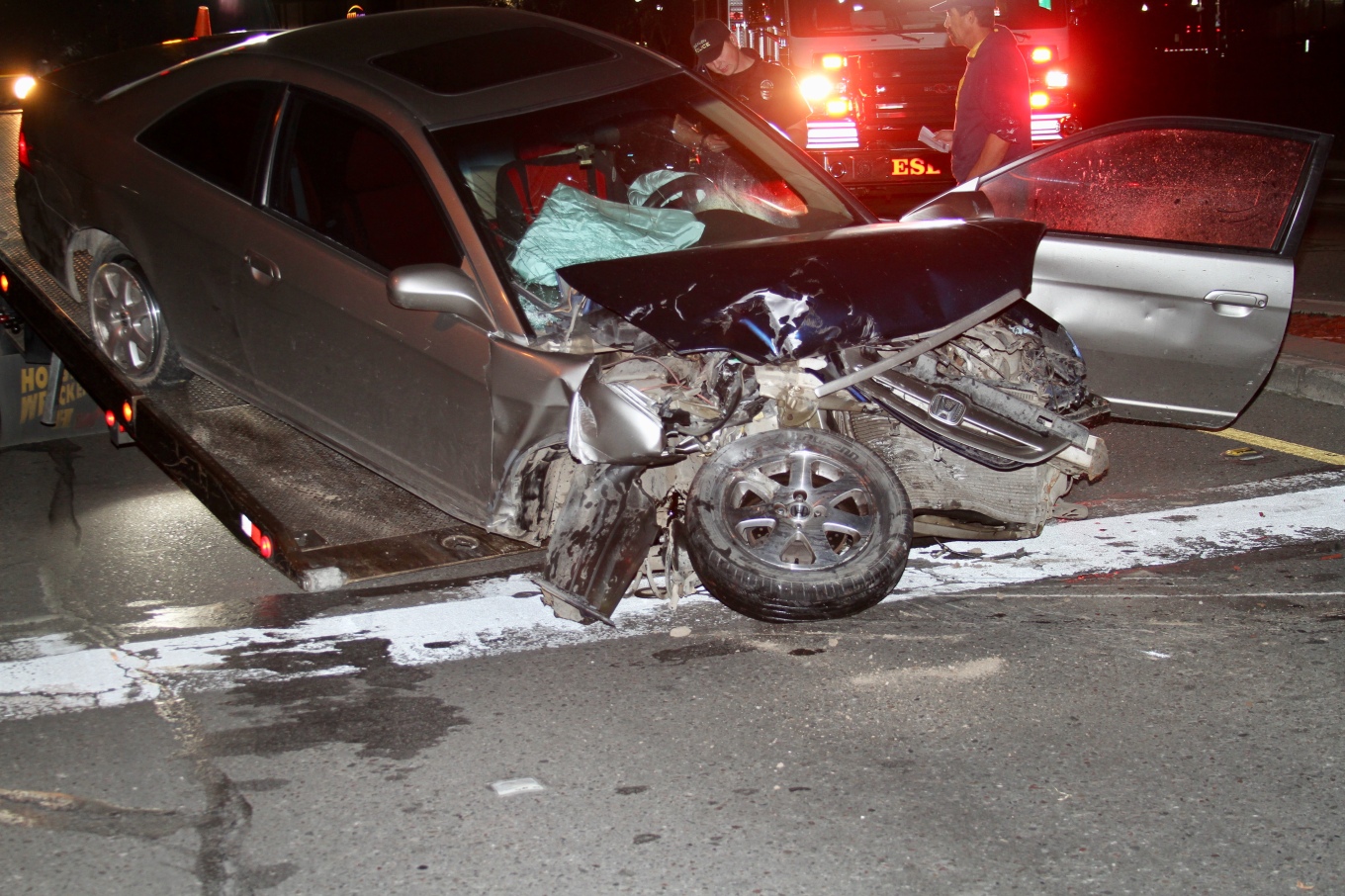