Escalon, California – California Highway Patrol along with Stanislaus County Sheriff units were dispatched to a report of a traffic collision at approximately 5:52 a.m.  The accident occurred on Highway 120 just west of the intersection of Sutliff Road.  The crash involved a gray GMC Yukon, a grey Ford F-250, and a grey Subaru.  The Escalon Fire Department, Stanislaus Consolidated Fire, ambulance services from Escalon, Manteca, and a helicopter from Medi-Flight were also dispatched to the collision.  California Highway Patrol is the primary investigating agency in this accident.

After the near miss with the Subaru, the Yukon collided head-on with the Ford.  The force of the impact was so great that it spun the Ford around into a nearby power pole almost cutting the truck in two.  The collision crushed the front end of the Yukon and there was a lot debris from both vehicles in the roadway.  It appeared that the deceased driver was ejected from the vehicle. 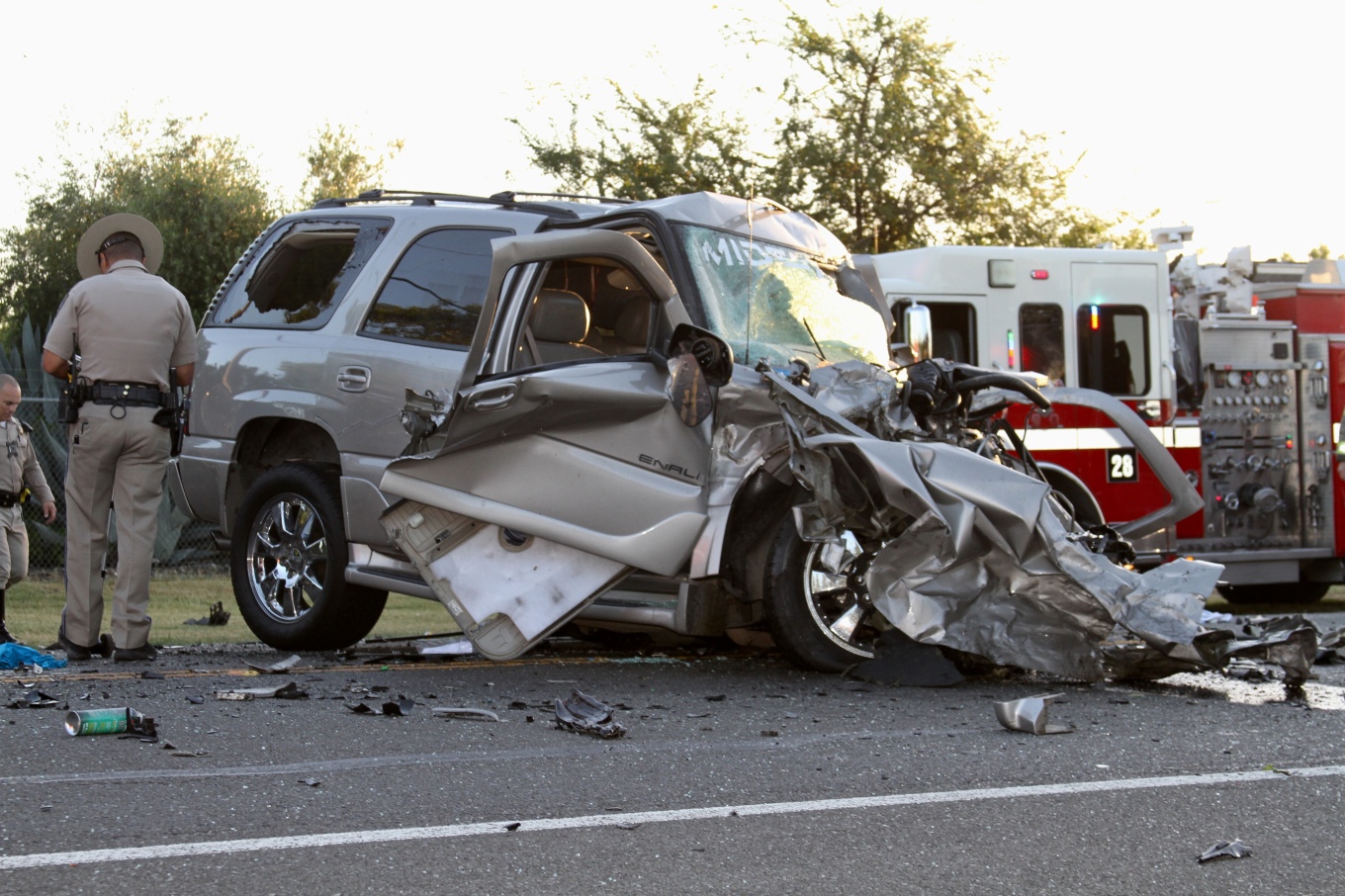 The accident caused road closure and detours for the morning traffic in both directions of Highway 120, while the California Highway Patrol Officers investigated the accident to determine how the collision occurred and who was at fault.  The eastbound traffic was diverted at Henry Road and the westbound traffic was diverted at Sutliff Road.  The Emergency vehicles, the involved vehicles, and debris were blocking both lanes of Highway 120.  McDowell Tow Services was called out to remove the vehicles from the crash site.  The roadway was closed to through traffic for approximately 3 hours before being reopened. 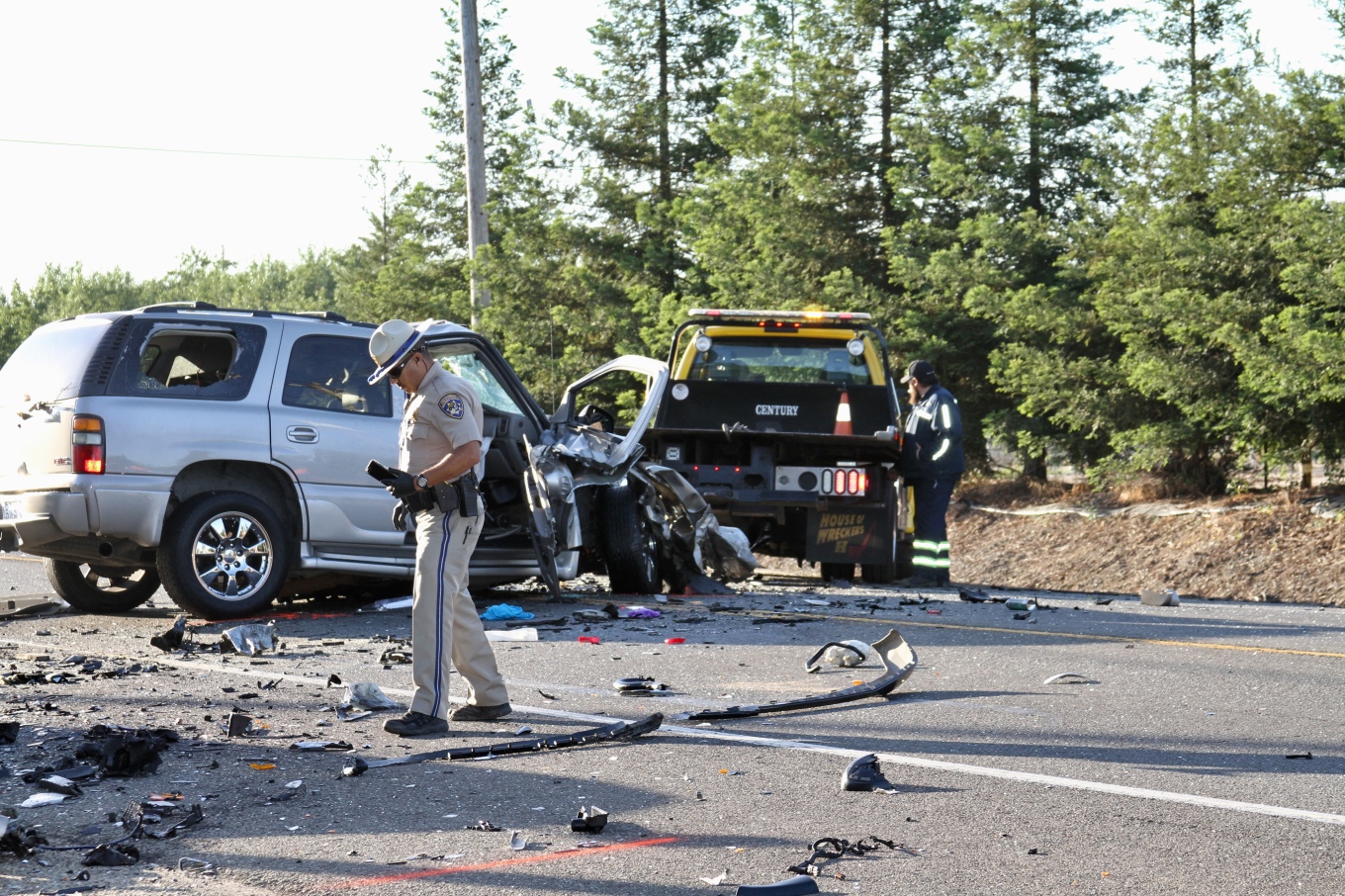 No further information at this time.

4 thoughts on “Head-On Injury/Fatality Accident on Highway 120 near Sutliff Road.” Leave a comment ›