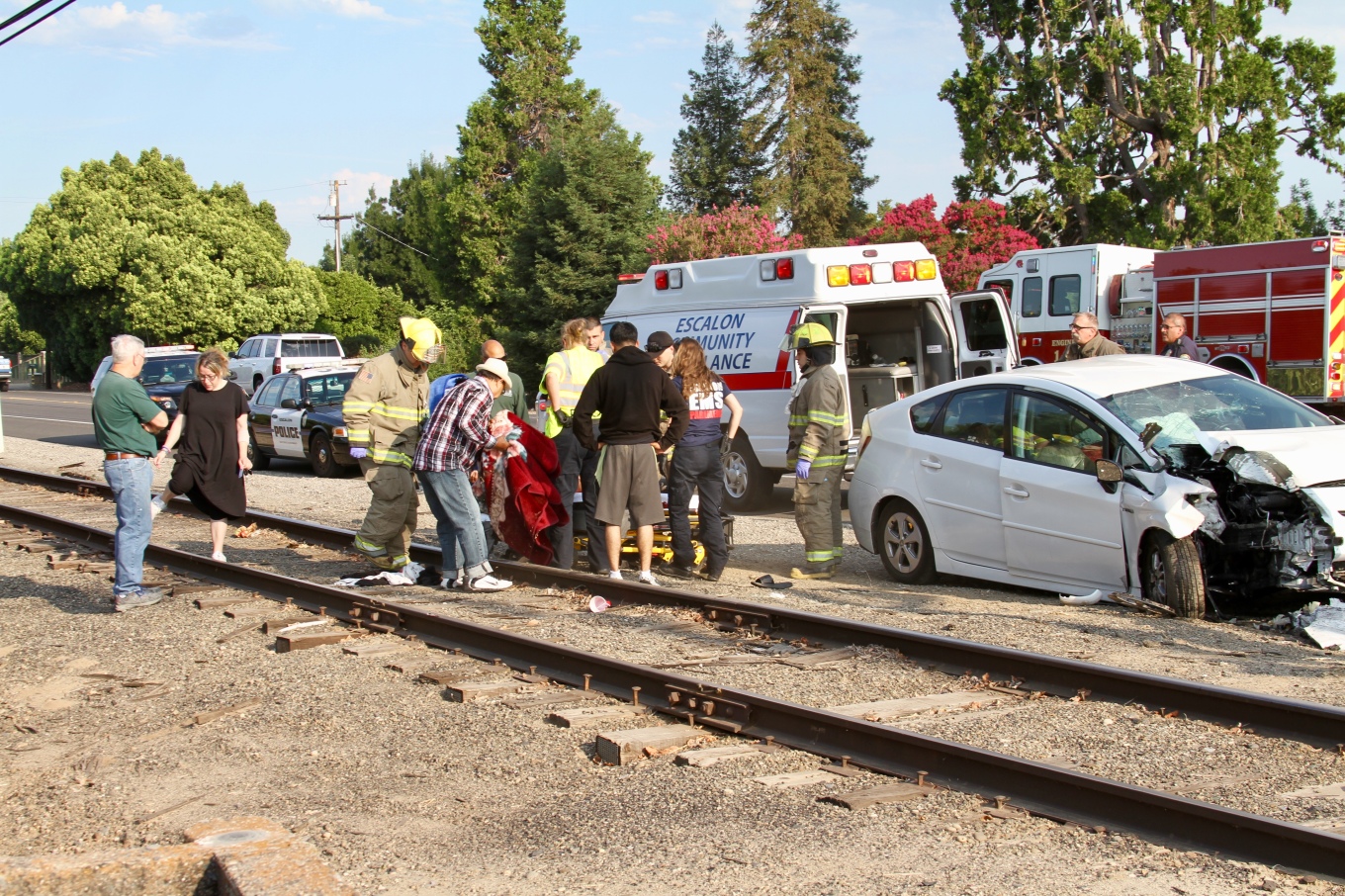 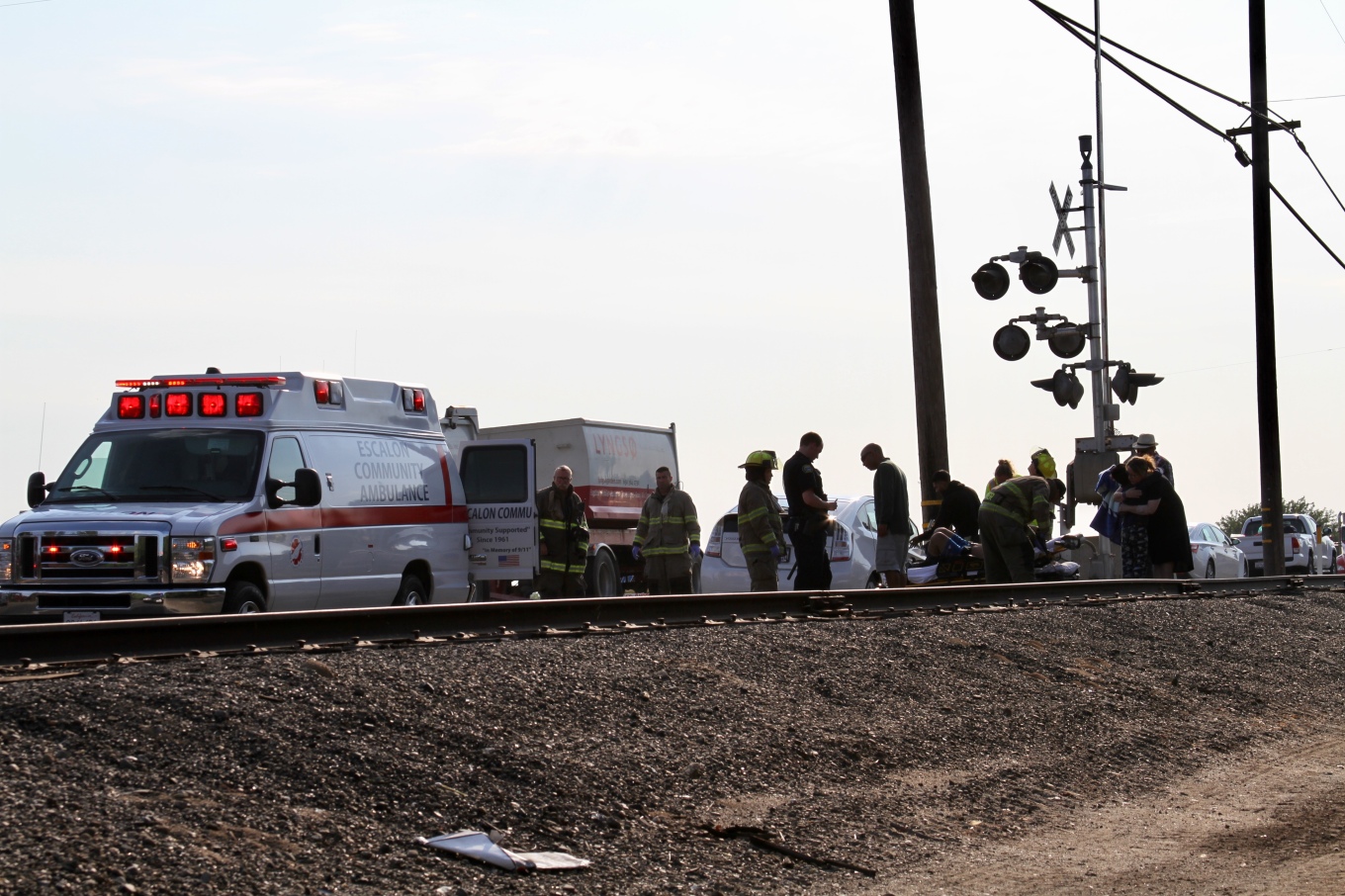 Escalon, California – Escalon Police Officers, Firefighters, and Ambulance Service Technicians responded to an early morning vehicle accident involving a white Toyota Prius.  The accident was reported about 7:56 a.m. this morning and occurred on the shoulder of the eastbound lane of Highway 120 near the intersection of Brennan Road.  Escalon Police Department is the primary investigating agency in this accident.

Upon arriving on the scene, emergency personnel determined the accident involved a solo vehicle and a power pole.  Emergency personnel also learned that one of the male passengers from the damaged vehicle had suffered moderate injuries and needed medical aid.  The male adult victim was treated by Escalon Community Ambulance medical technicians and transported to a nearby hospital. 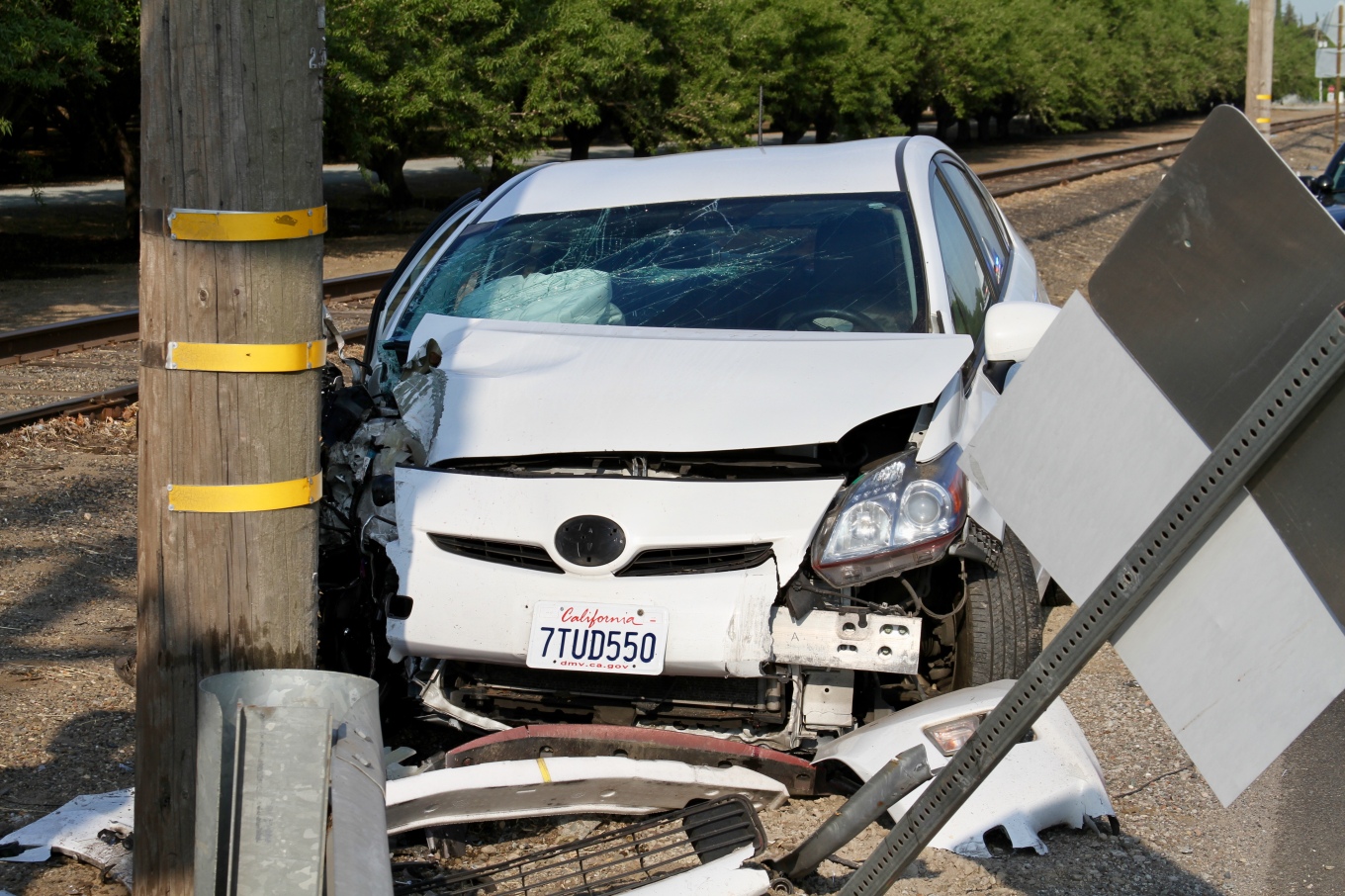 A witness and family member stated that they were all going camping together and he was in one of the cars traveling eastbound on Highway 120 behind the white Prius when the accident occurred.  The witness also said that the driver of the Prius had crashed into the power pole only after attempting to avoid colliding into the rear of an AT&T van that had abruptly slowed and made a right hand (southbound) turn onto Brennan Road. 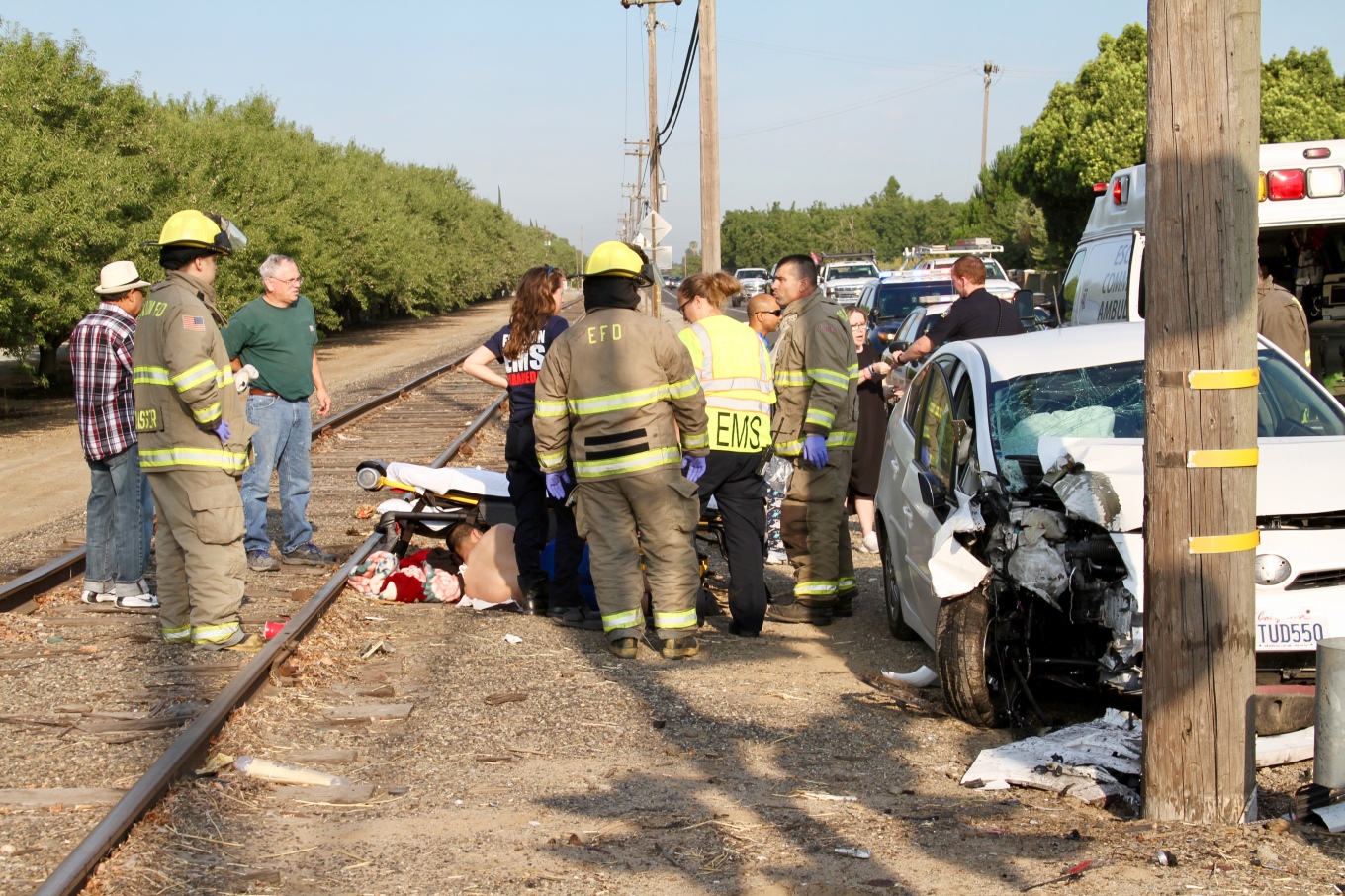 The accident and emergency vehicles on scene were on the shoulders of the highway causing only a slight delay for vehicles traveling eastbound and westbound on Highway 120. The vehicle appeared totaled.  Tow services were called to help remove the vehicle and PG&E was notified of possible power pole damage. 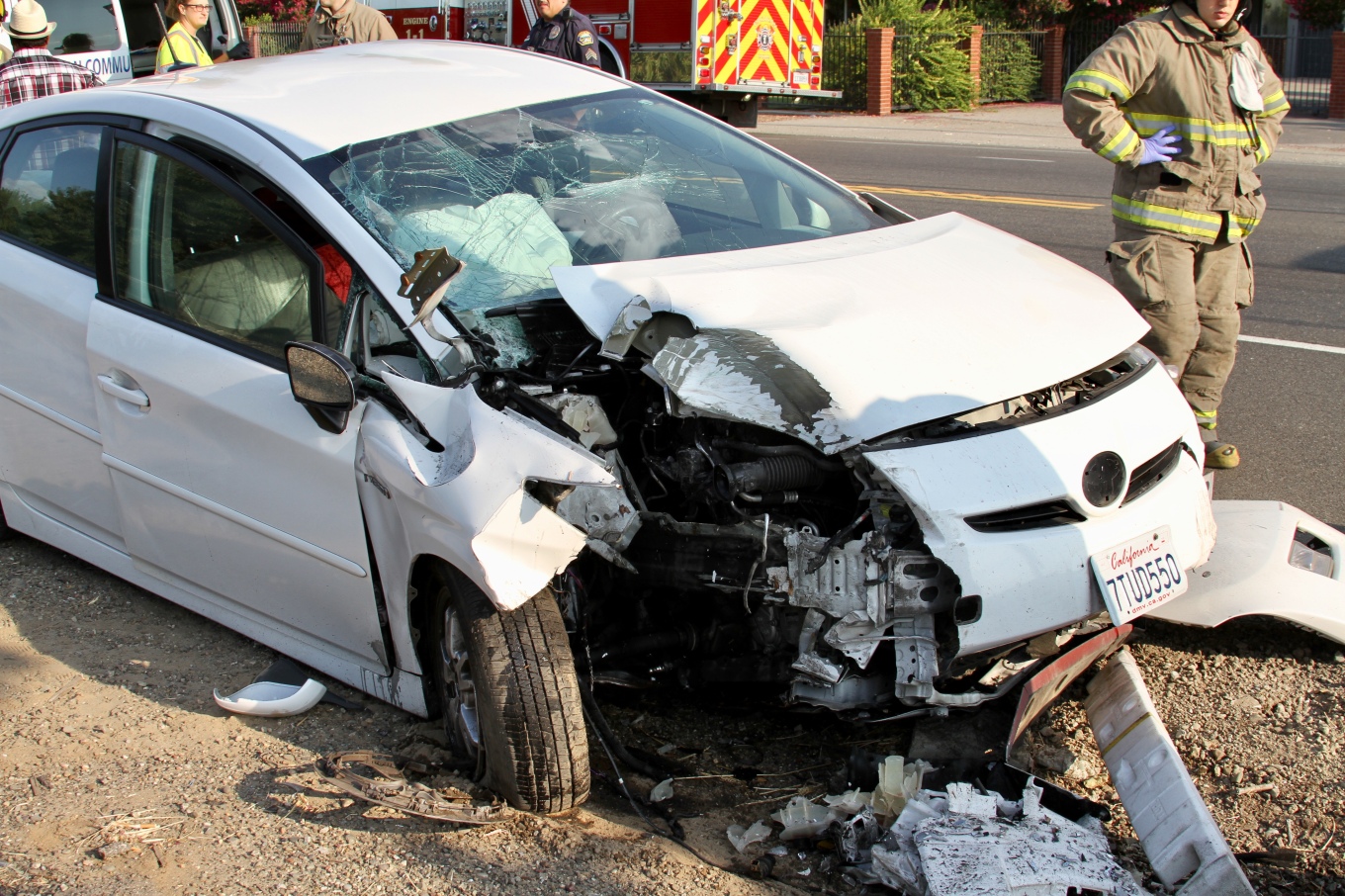