The GMC failed to stop at the stop sign at Mariposa Road, traversed the intersection, lost control, and drove off the north side of the roadway for several hundred feet. The GMC began to rotate in a counter clockwise direction as it crossed both lanes of Dodds Road, leaving the roadway on the south side, traversing a drainage ditch, and impacting a large pile of pelletized animal feed within the property of a dairy. 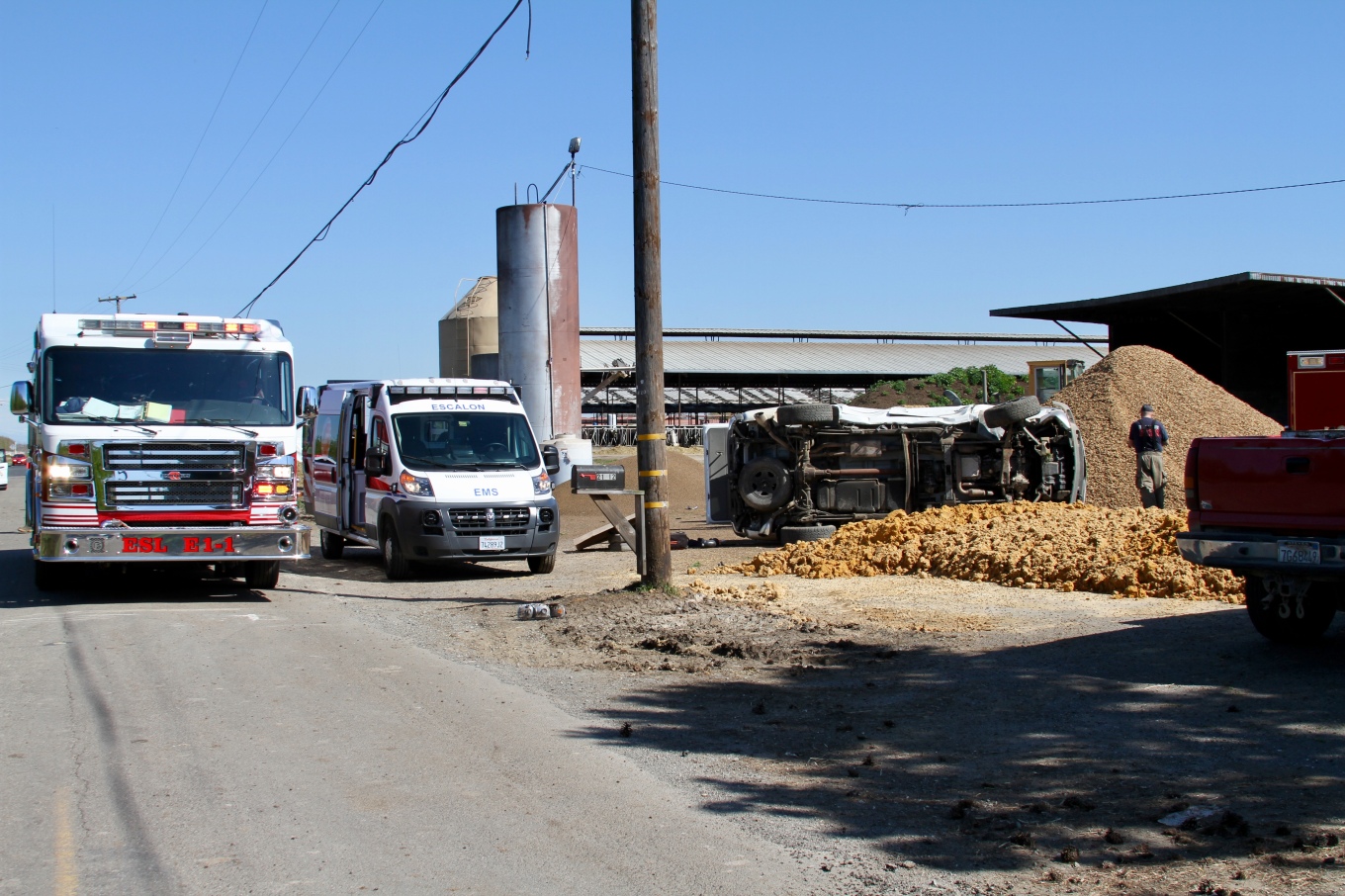 This impact caused the GMC to become airborne and roll over, coming to rest on its left side. The driver and solo occupant, a 60 year old male from LaGrange, CA, was partially ejected despite wearing a seatbelt and was pronounced deceased at the scene.