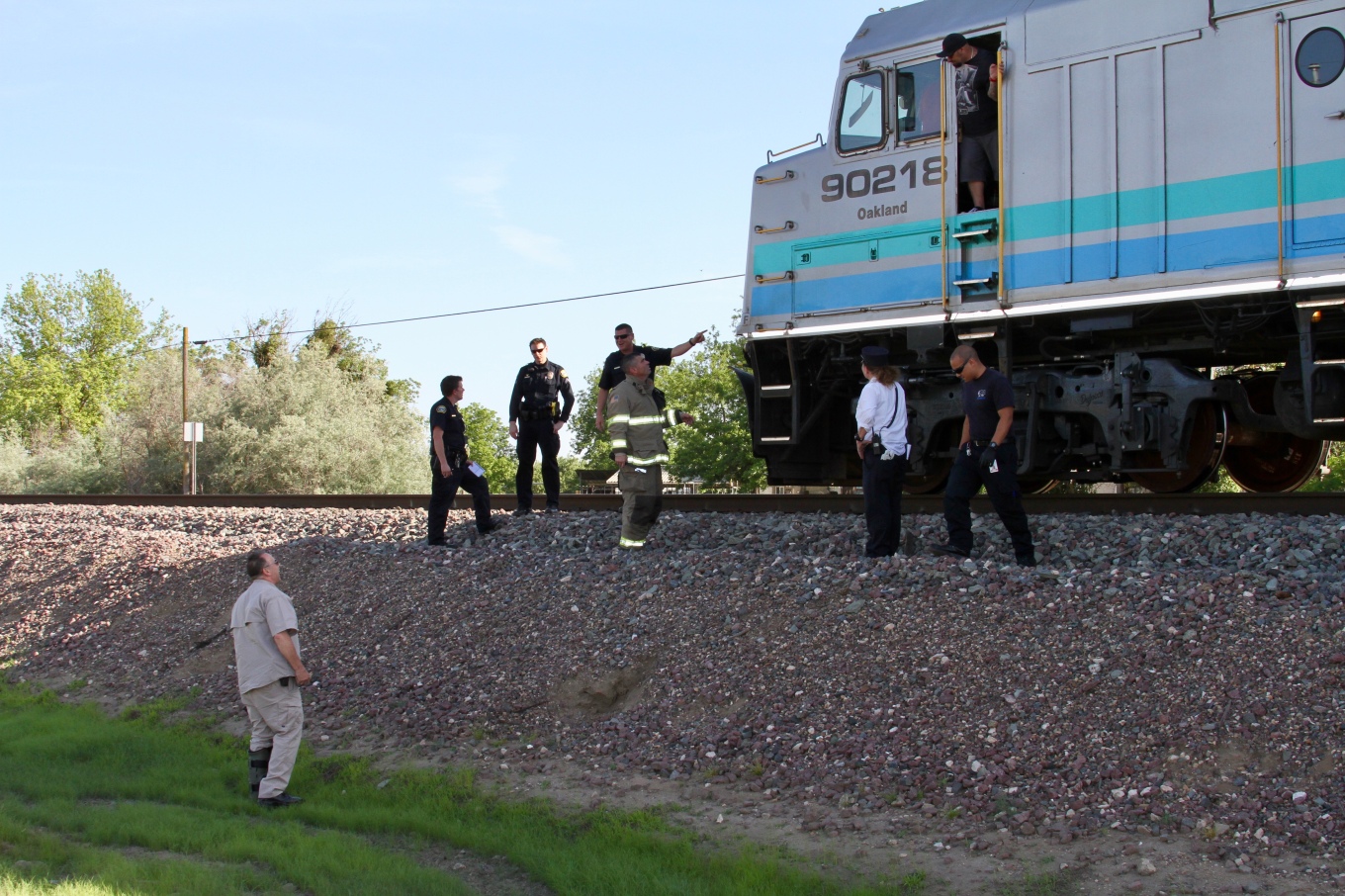 Chief Borges stated that the train crew and several police officers had examined the front of the train and found no evidence to support the witness’ claim. They also searched under the entire train. Both sides of the train tracks were searched from Main Street Park to St. John Avenue.

Chief Borges believes that the person seen near the tracks was throwing rocks at the passing AmTrak train.

NOTICE: The names, photos and incidents printed in WeEscalon posts/articles are obtained from the daily logs of the Escalon Police Services, San Joaquin County jail booking information and other Police agencies. THIS INFORMATION IS PUBLIC RECORD.The listing of a name, photo, incident in the WeEscalon Crime log, FaceBook page, Twitter account or on the WeEscalon Website does not imply of that person’s guilt or innocence. THIS CAN ONLY BE DETERMINED BY A COURT OF LAW. 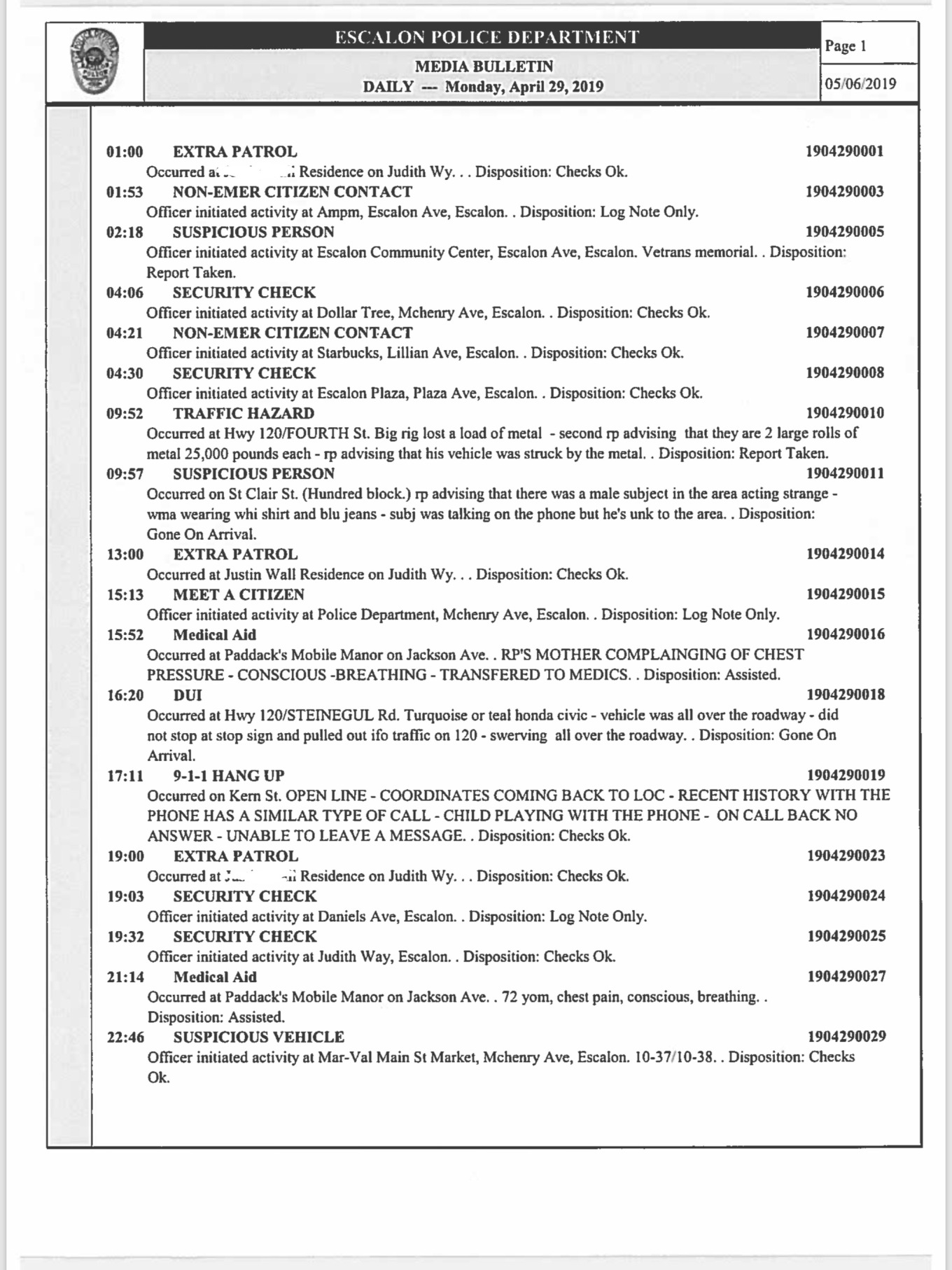 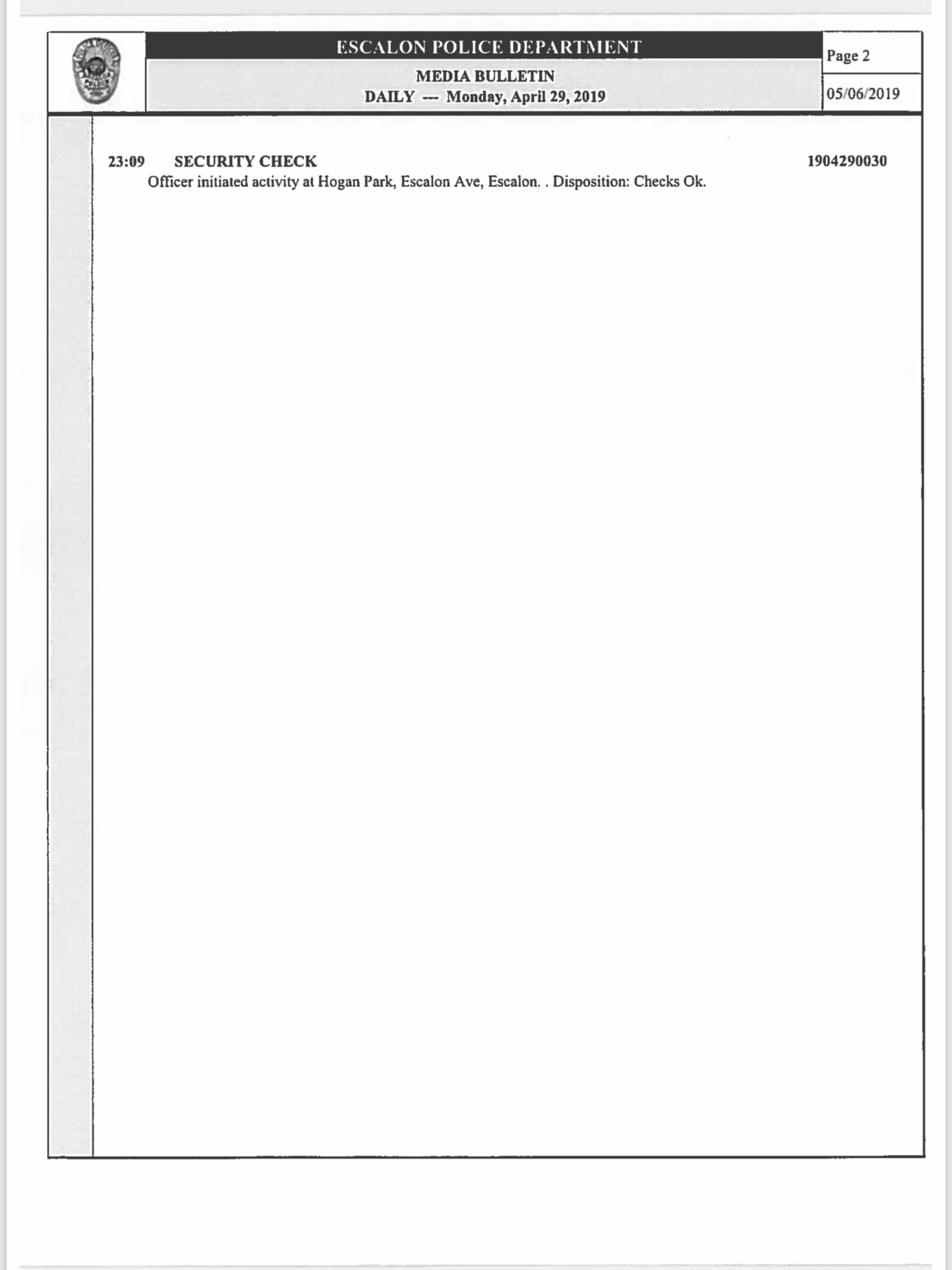 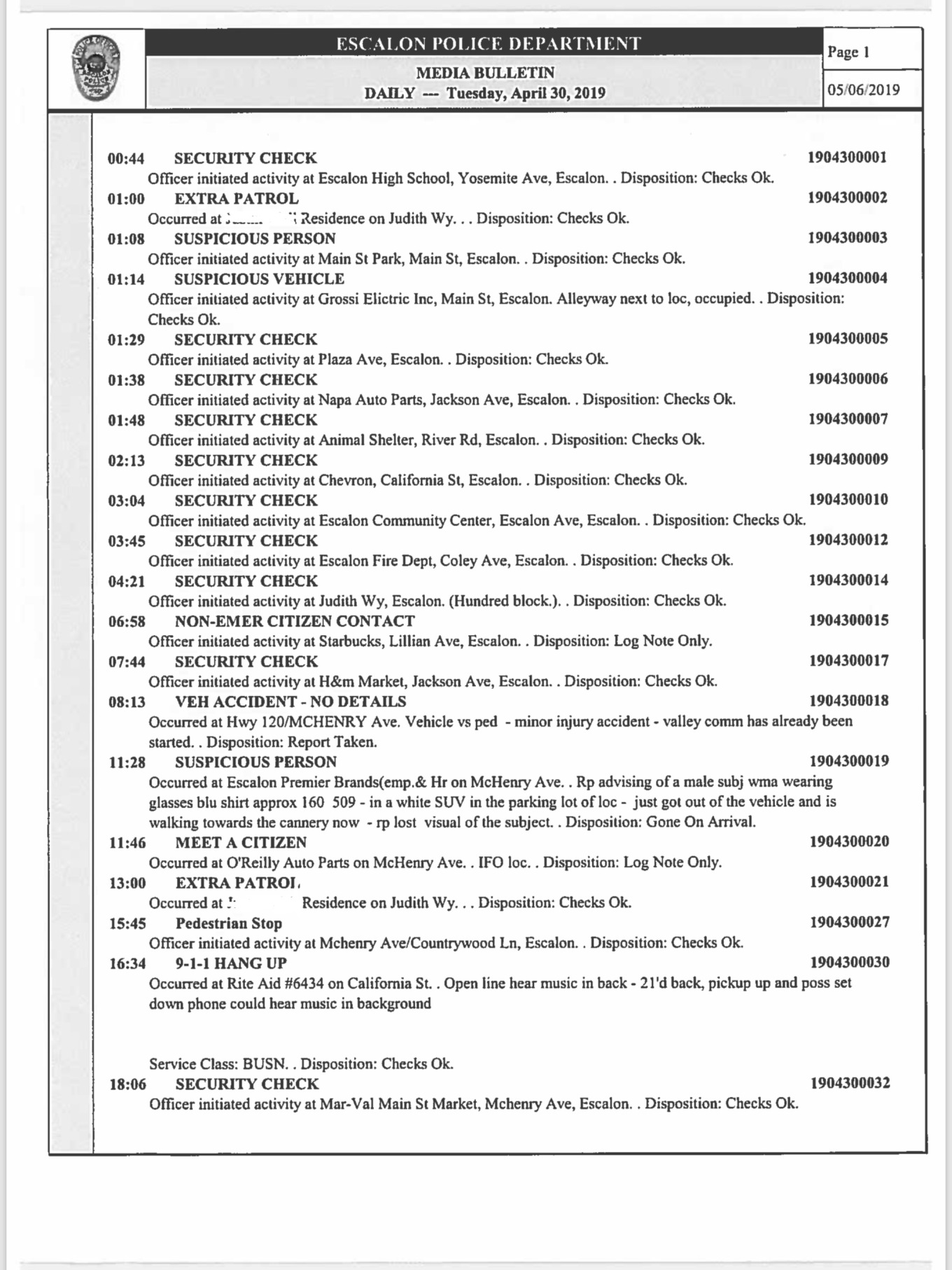 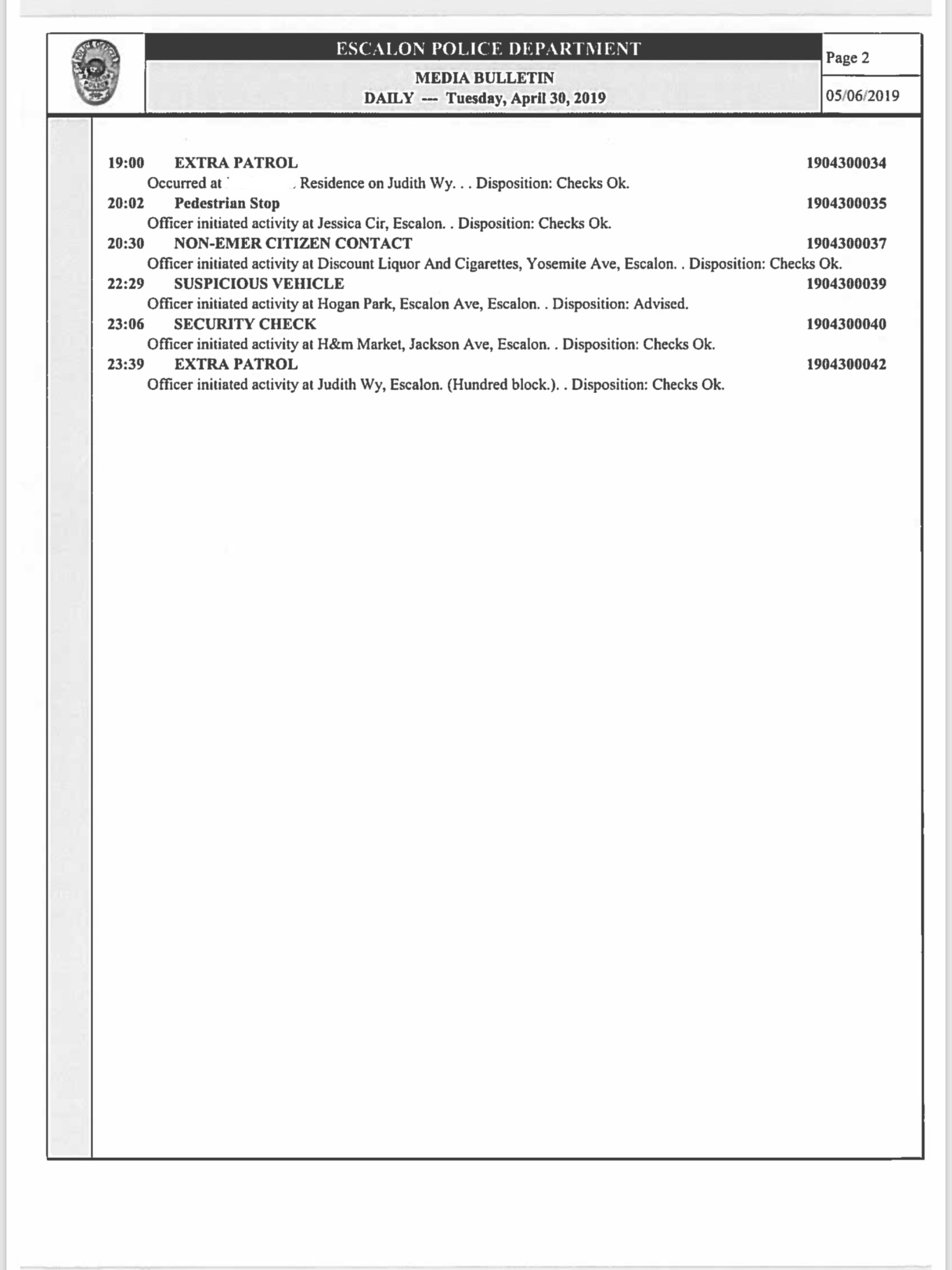 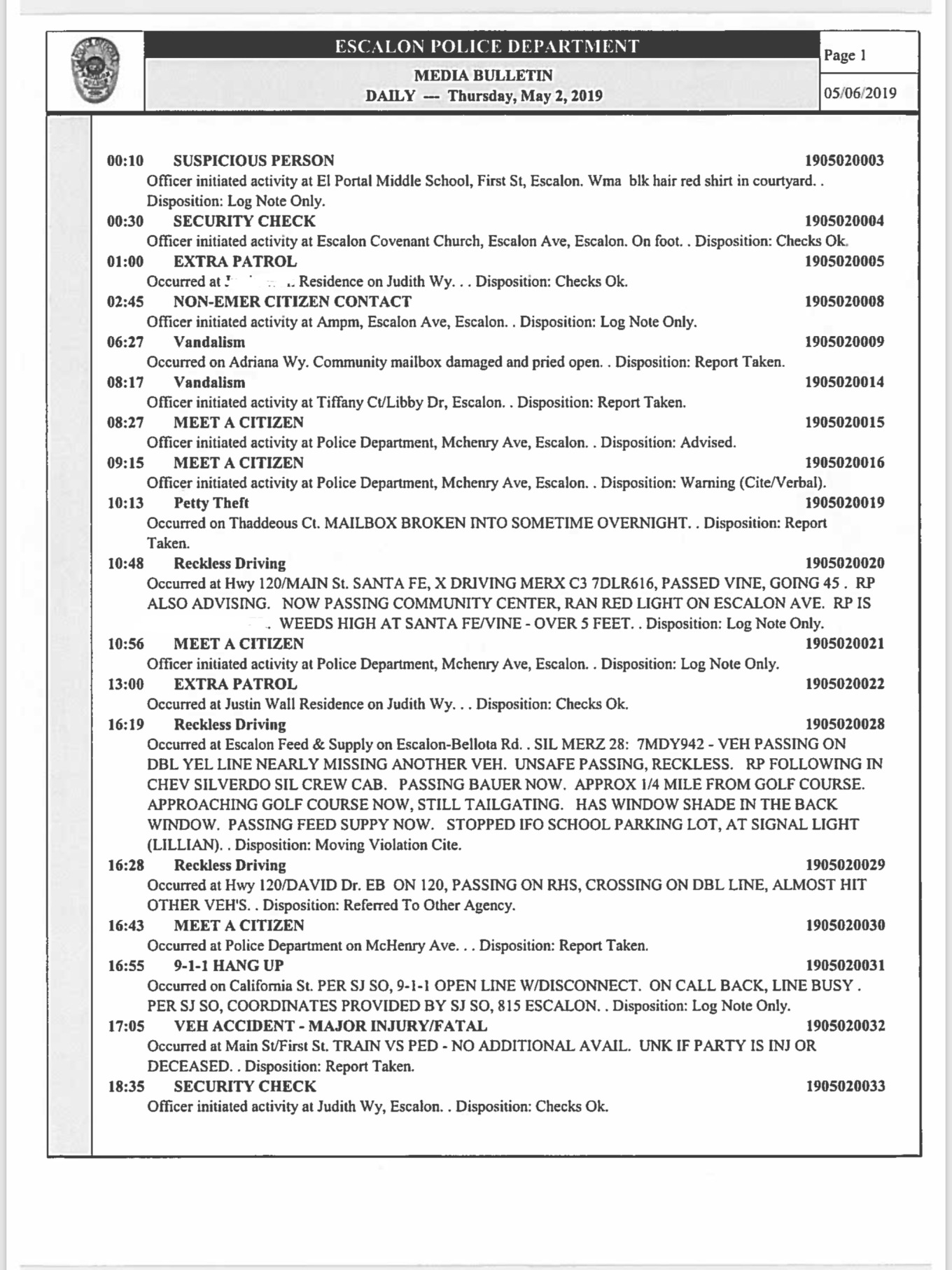 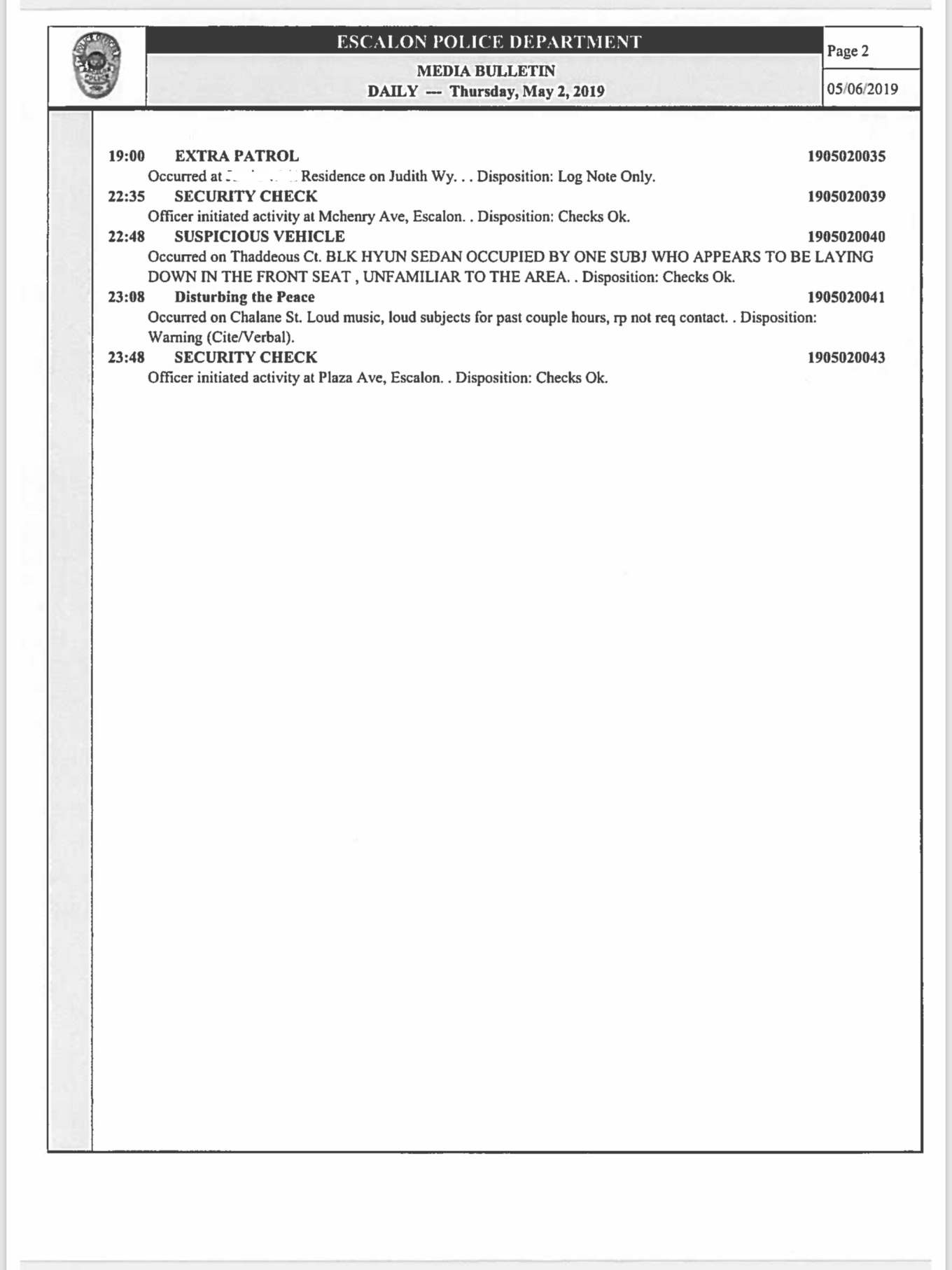 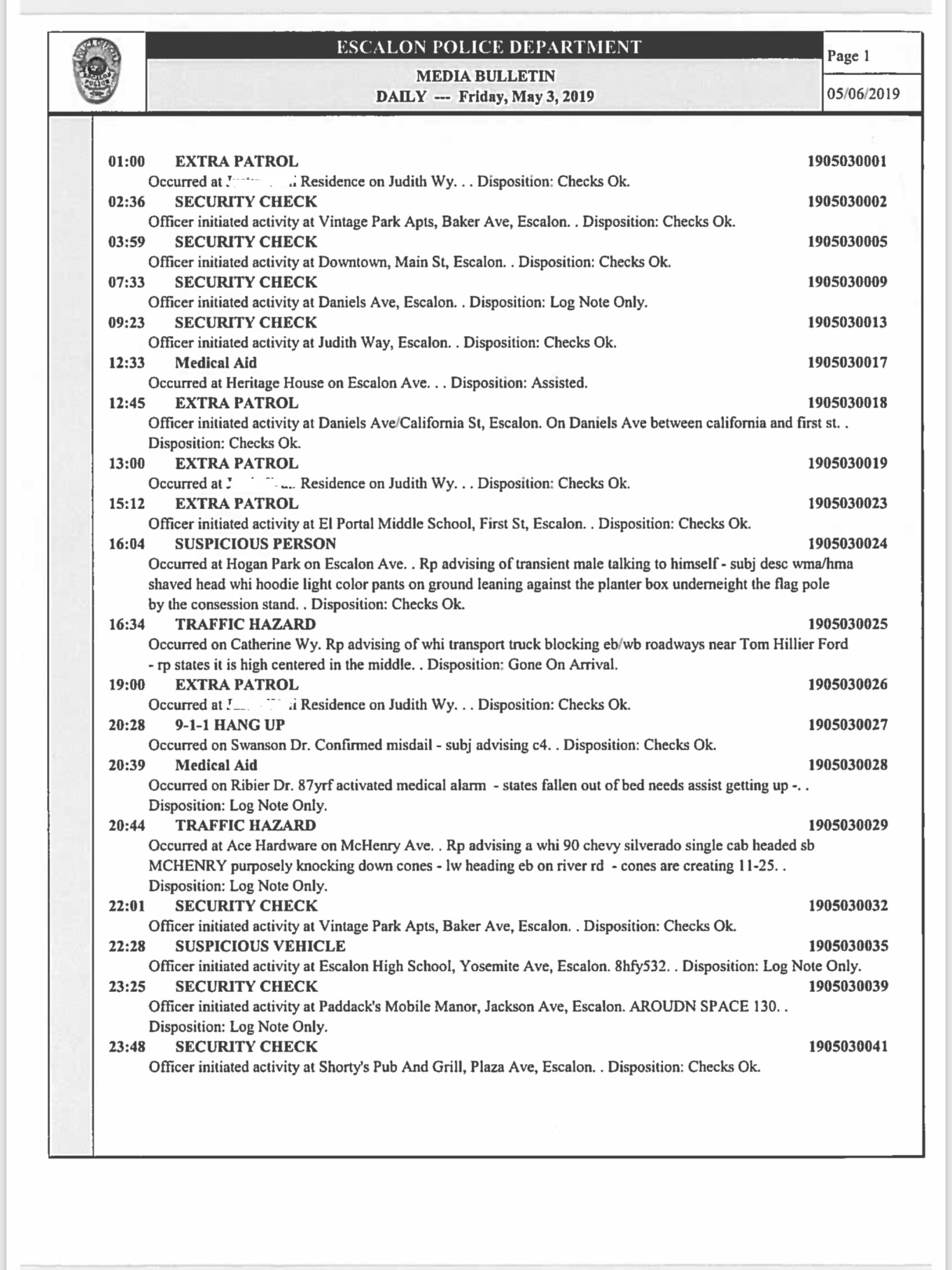 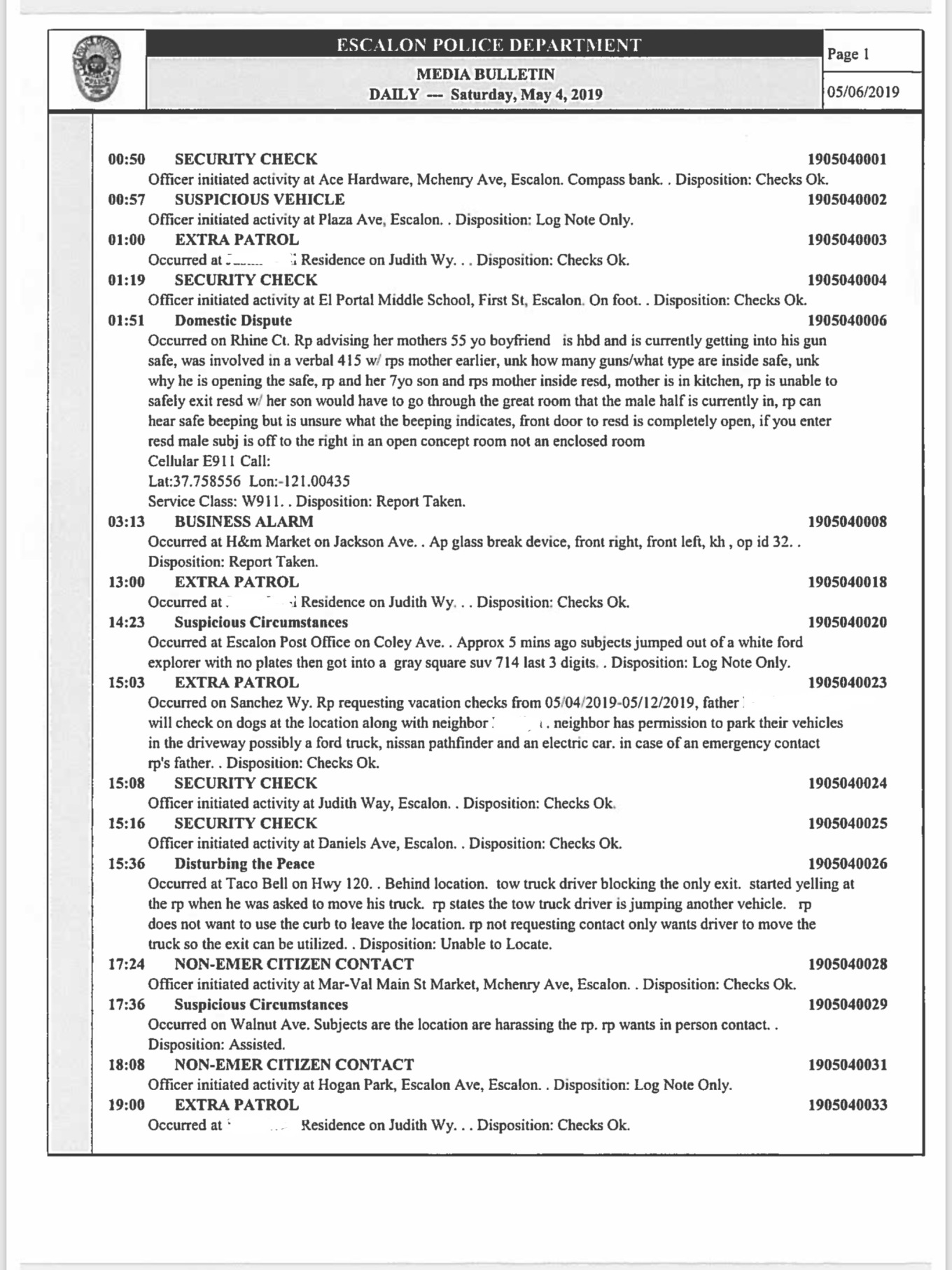 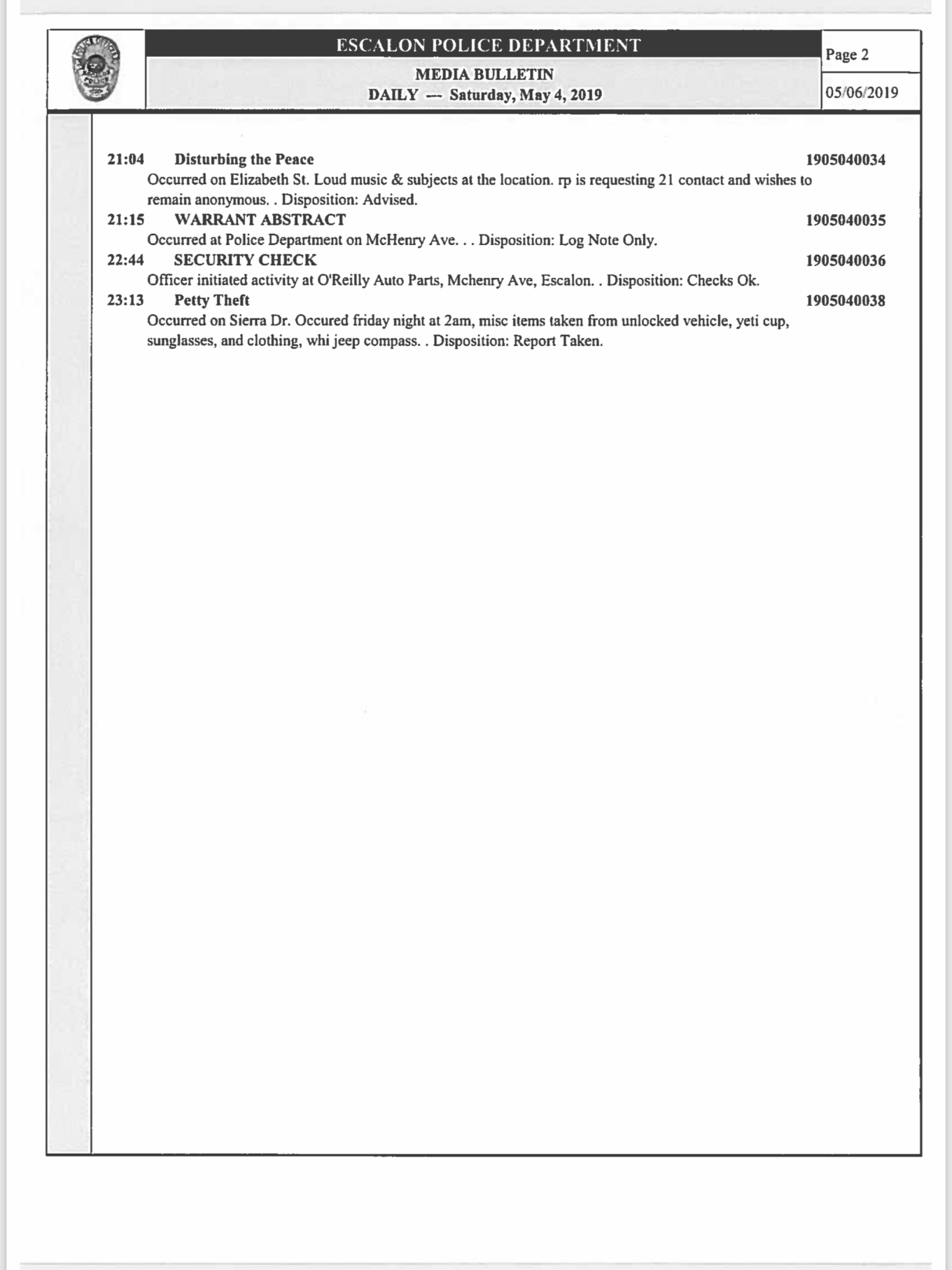 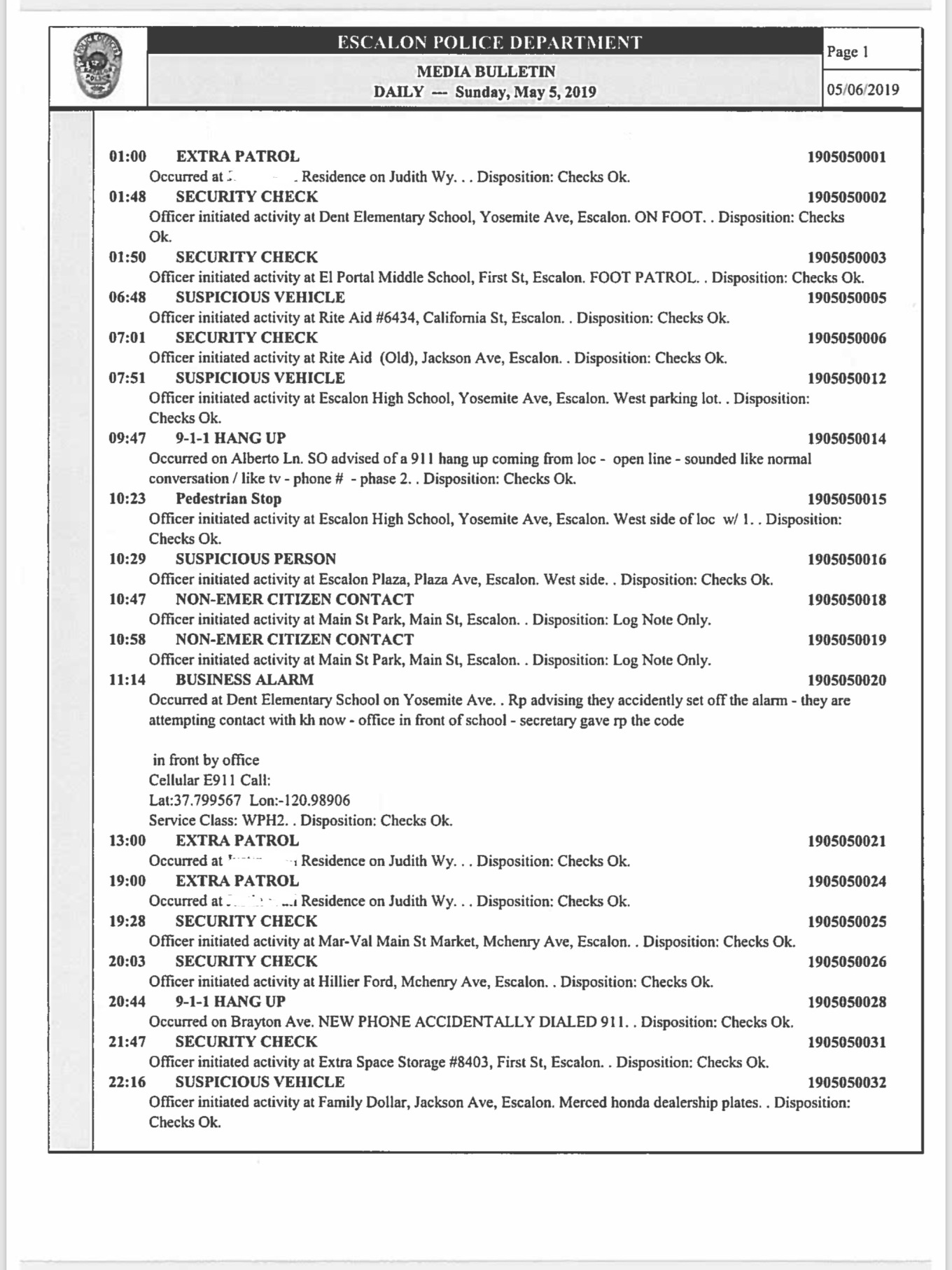 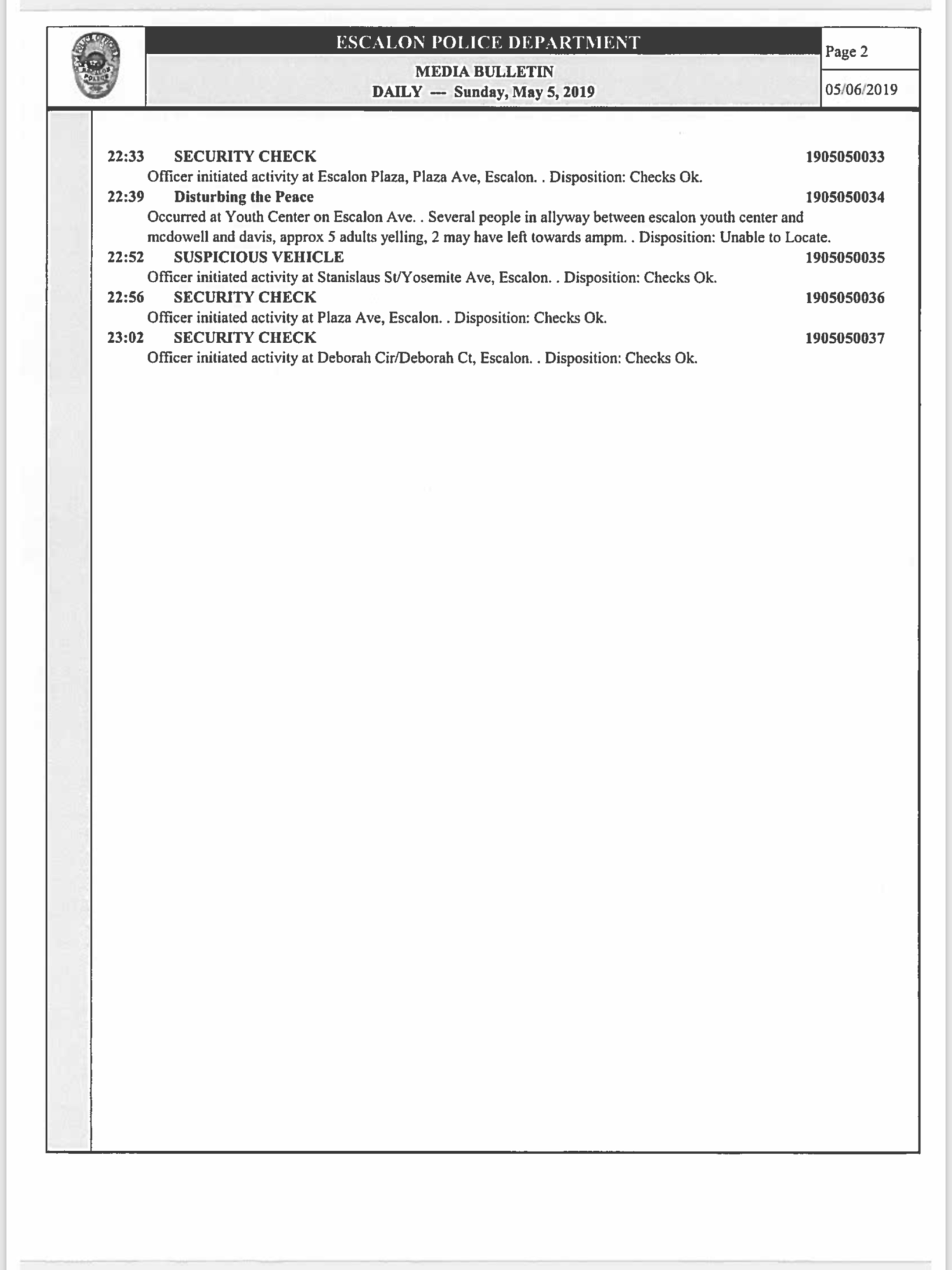