It appeared the driver was traveling eastbound on Highway 120 when the accident occurred.  For some unknown reason, the driver of the Ford left the roadway.  First taking out a road sign, then shattering the base of a power pole, and coming to rest upside down on the south side of the highway.

The driver received treatment from the Escalon emergency medical technicians on scene and was transported with unknown injuries by ambulance to the San Joaquin County Hospital in French Camp.  It appeared no other vehicles had been involved in the accident.  The vehicle had major damage.  The road sign and power pole were totaled in the accident. 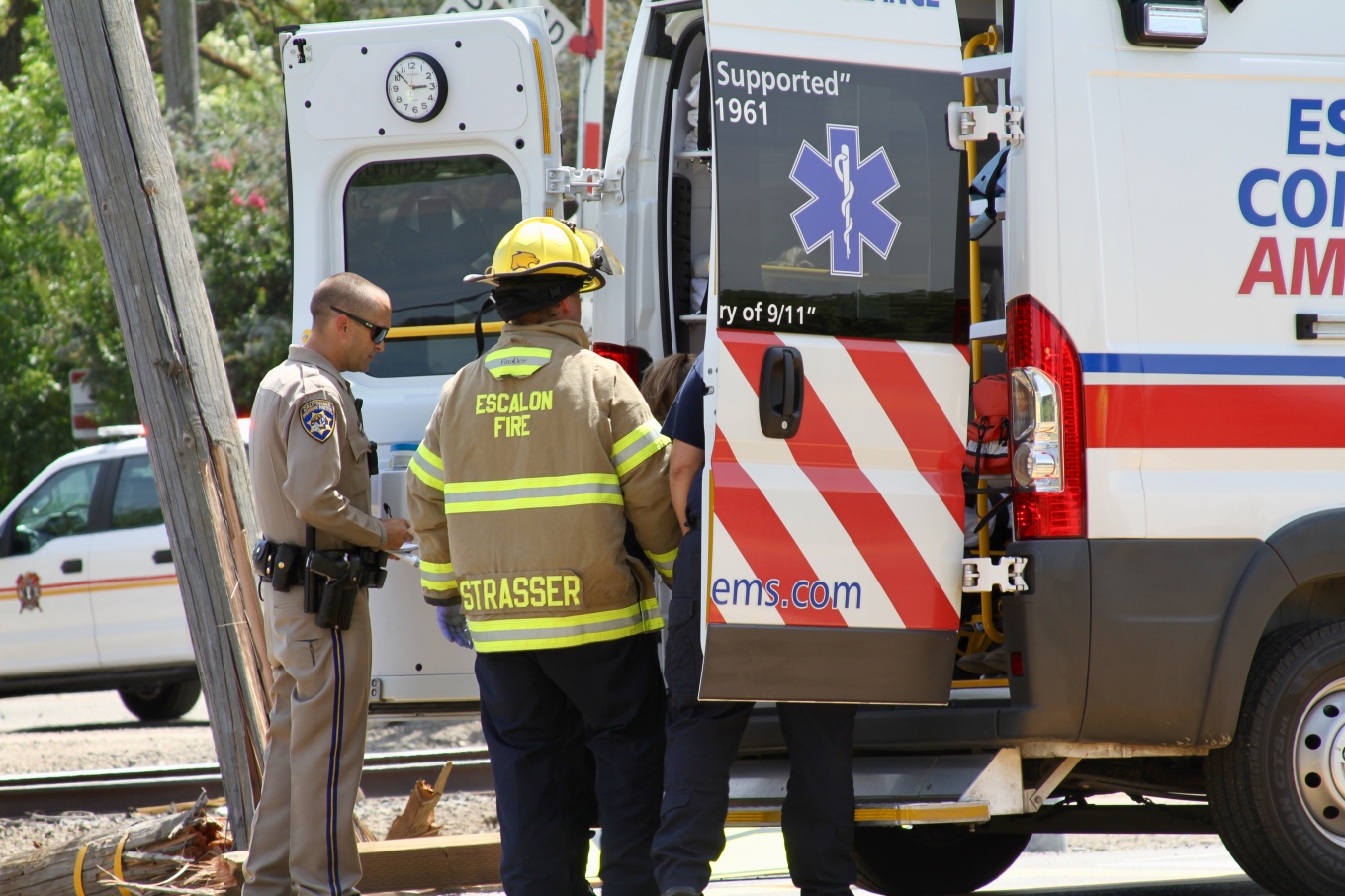 The accident and emergency vehicles caused moderate delays for traffic on Highway 120 in both directions.  The vehicle and most of the debris was off to the south side of the roadway which caused no issues.  McDowell tow services were called out to remove the vehicle.  PG&E was dispatched to repair the power line.