The accident was reported by witnesses yesterday, about 3:40 p.m. The collision was also reported as a hit and run accident, which involved what was described as a small black Ford Explorer type vehicle with front end damage and the motorcycle. The collision occurred on Highway 120 and Steinegul Road. California Highway Patrol is the primary investigating agency in this accident.

Upon arriving on the scene, emergency personnel found the injured motocyclist on the north side of the Highway in a grassy area and that driver of the Ford Explorer had returned. It was unclear how the driver of the vehicle had returned to the accident scene, if he had walked or was dropped off by another driver. It didn’t appear as if the black Ford Explorer was at the scene.

Witnesses reported both the motorcycle and vehicle were traveling eastbound on Highway 120 and approaching Steinegul Road when the accident occurred. It was possible that the involved motorcyclist was sharing his lane of travel with another motorcyclist which would limit his avoidance options. It was unclear if the motorcyclist was following to close, coming up on the truck to fast and just could not stop in time, or was attempting to pass the pick up truck.

The motorcyclist was treated by Escalon emergency medical technicians on scene and appeared to have moderate injuries, possibly a broken leg. He was transported by ambulance from the crash site to a nearby hospital. The driver of the small truck did not report any injuries. It appeared no other vehicles had been involved in the accident. There was major damage to the motorcycle and unknown damage to the front end of the small truck.

There were no delays to both west and east bound traffic on Highway 120. 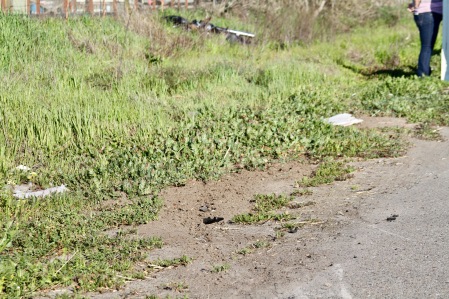 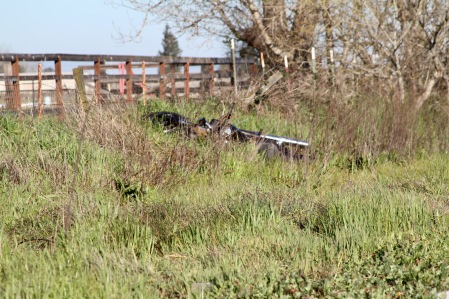 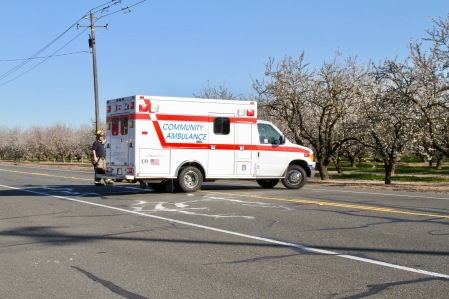 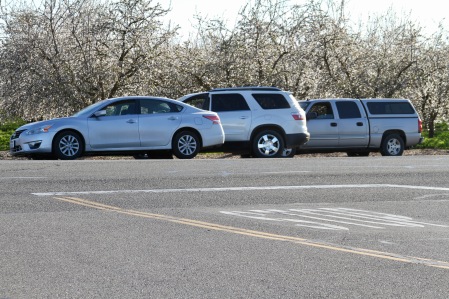 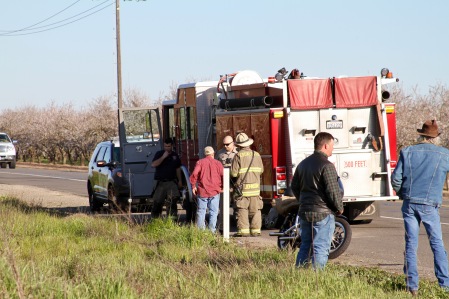